Chow Down to Eurovision 2013 - Ireland

Today we're in the beautiful green TOTALLY SNAKE FREE land of Ireland, thanks St Paddy for that one, best saint ever! While I have never been to the emerald isle I did spend some time working in an office where there was an Irish quota of at least 50% so that was like practically being there. The opportunity for a linguistic and cultural exchange was not wasted as I learnt so much about craic, it was only fair they had to "give it a burl". For a colleague's birthday I was tasked with making an Irish themed birthday cake, so shamrocks? Leprechauns? Mrs Brown? of course not Jedward. It was quite an easy decision to make. She had previously mentioned that Jedward were "beautiful boys" so why wouldn't she want them jumping out of her cake. While I am clearly not the cake boss, my fondant skills are getting better with each birthday. 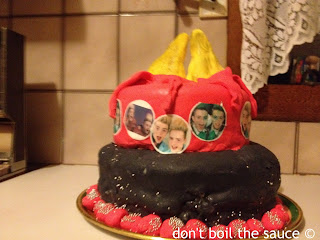 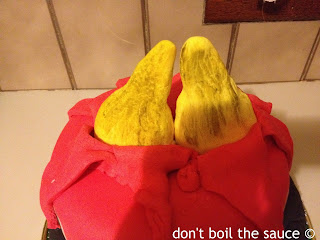 Can't you just see Jedward jumping out of the cake?? 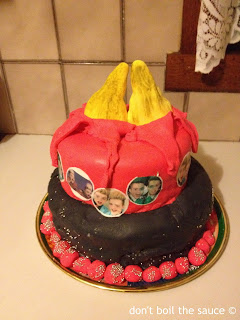 With 7 wins under their belt Ireland holds the record for most wins in Eurovision, so it is only fitting that their entry in Chow Down to Eurovision 2013 has a touch of luxury. I had thought of roasting a turkey but felt it wasn't right to cook an Irish contestant.


In 2008 they thought they would enter a craic, that doesn't sound right?
Lobster Dublin Lawyer
Ingredients
Method 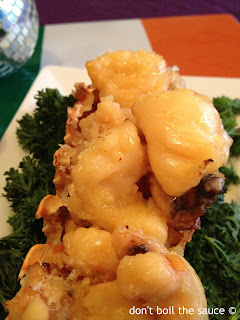 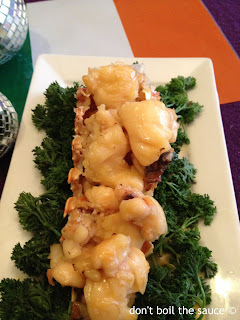 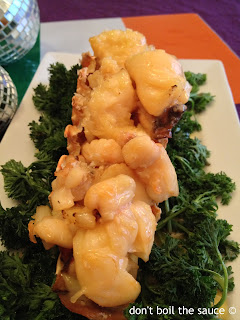 This year Ireland isn't sending Jedward but Ryan Dolan will find out if Only Love Survives, and possibly makes it to the finals again.
luck maith!
﻿