Chow Down to Eurovision 2013 - Cyprus

Hello this is Nicosia calling, we have made it to Cyprus. If you thought I was a bit harsh about not using beetroot from a can in Moldova, wait till you find out today's haloumi isn't from a packet. I started making cheese about 3 years ago, camembert, parmesan, mozzarella, ricotta and I am still alive. In the beginning I followed the instructions to the letter and sterilised the whole kitchen till not a single germ survived. After I'd seen numerous YouTube clips of cheese making old school in the villages where the goat was in the kitchen while the making was going on I relaxed my processes a touch. It is much easier than you would imagine but it does take a bit of patience as I had to wait 9 months for a parmesan to mature, not exactly fast food. This is the link to the recipe I use so if you're keen you can make the whole thing from scratch. 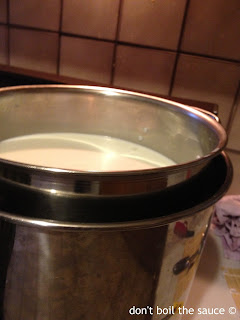 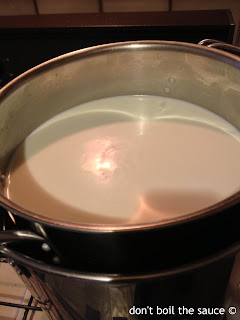 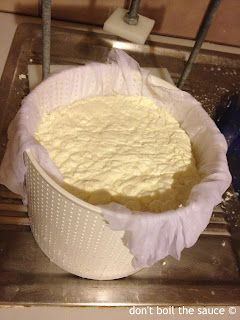 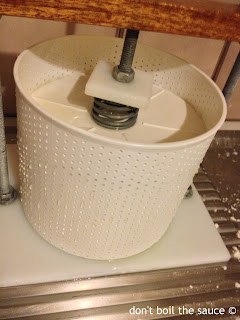 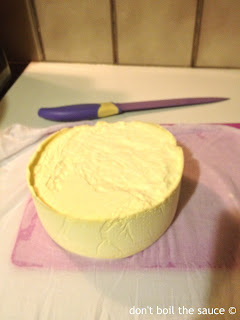 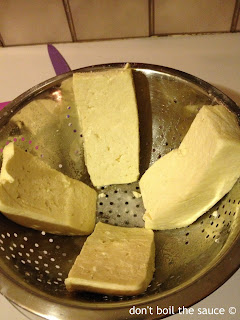 Our Eurovision hit of days gone by is the first Cypriot entry in 1981. They came 6th out of 20 countries, not bad for a first attempt.

Todays offering is very simply as I figured after making the cheese from scratch we could have a night off. I cooked the haloumi 3 ways, 1 was on the grill press, 2 was under the gas grilled and 3 was deep fried. No points for guessing which was the best one, who doesn't like some fried cheese.

Method
To Fry
To Grill
To Press Grill
To assemble 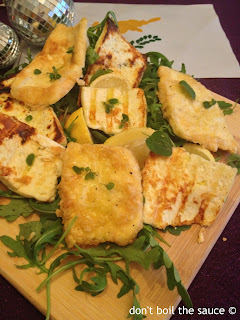 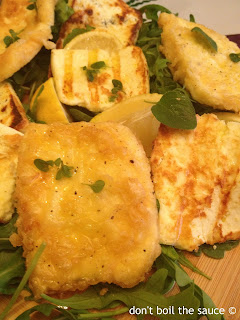 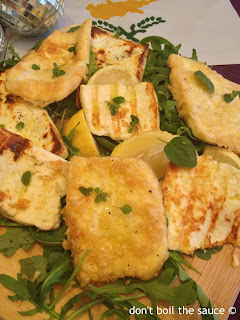 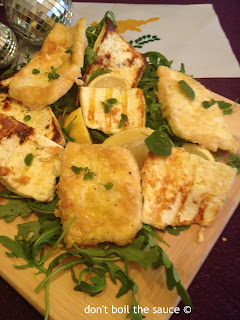 The lovely Despina Olympiou will head to Malmö to perform her song An Me Thimasai.
Kali Teekhee!

Email ThisBlogThis!Share to TwitterShare to FacebookShare to Pinterest
Labels: cheese, Chow Down to Eurovision 2013, Cyprus