Last year former Yugoslav Republic of Macedonia presented the easy to make and even easier to eat sugar ladened halva.
This year there is a touch less sugar with a very simple yet satisfying salad.
Sometimes we can get too fancy in fear of presenting a dish that could be labelled pedestrian that simple pleasures like this salad can be over looked, and that would be a greater tragedy.
Former Yugoslav Republic of Macedonia always sends great voices to Eurovision and 2012 was no exception with Kaliopi and Crno I Belo.
While she hasn't replaced Karolina as my favourite from F.Y.R.M she comes a very close second.
She placed 13th in the final. 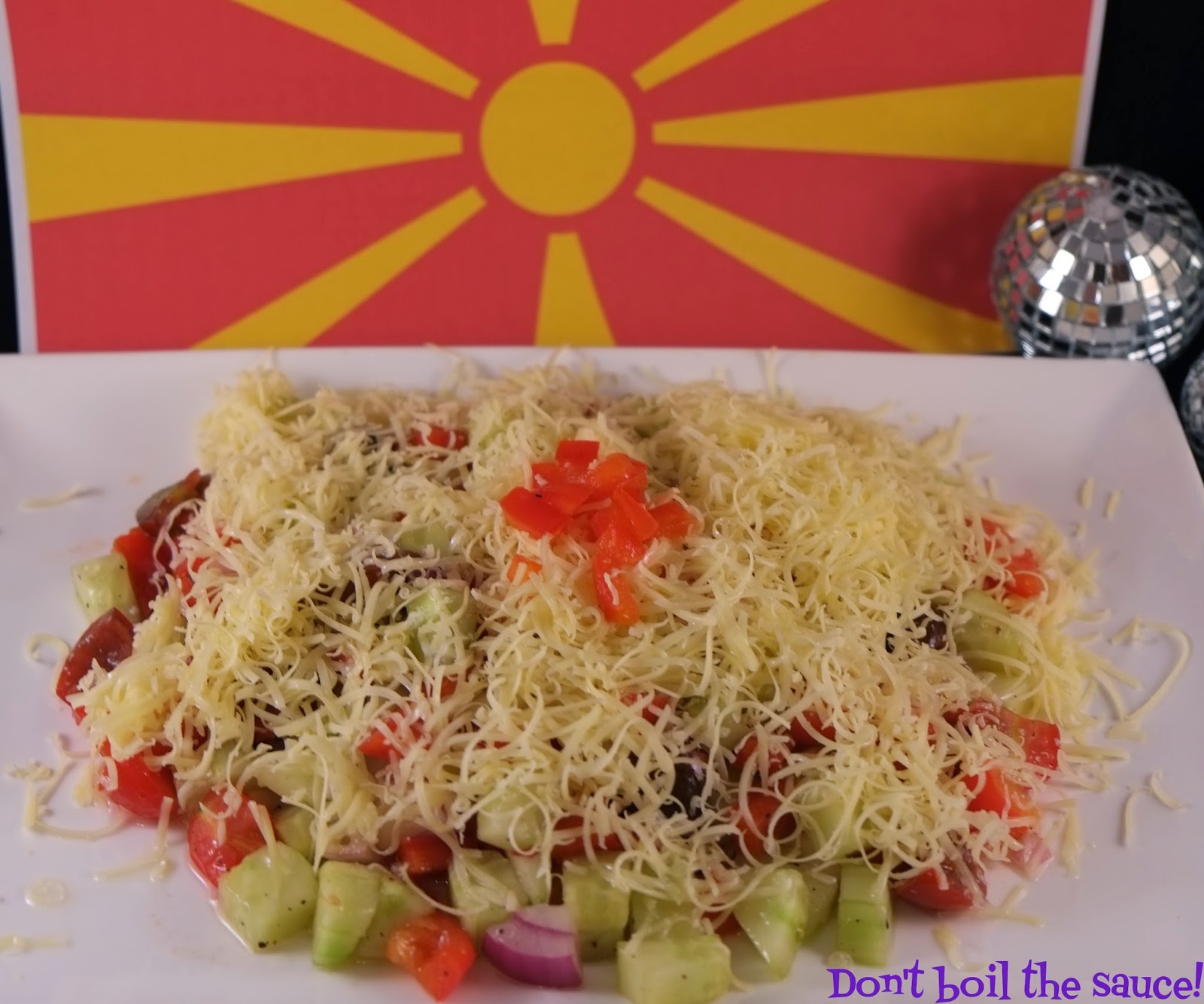 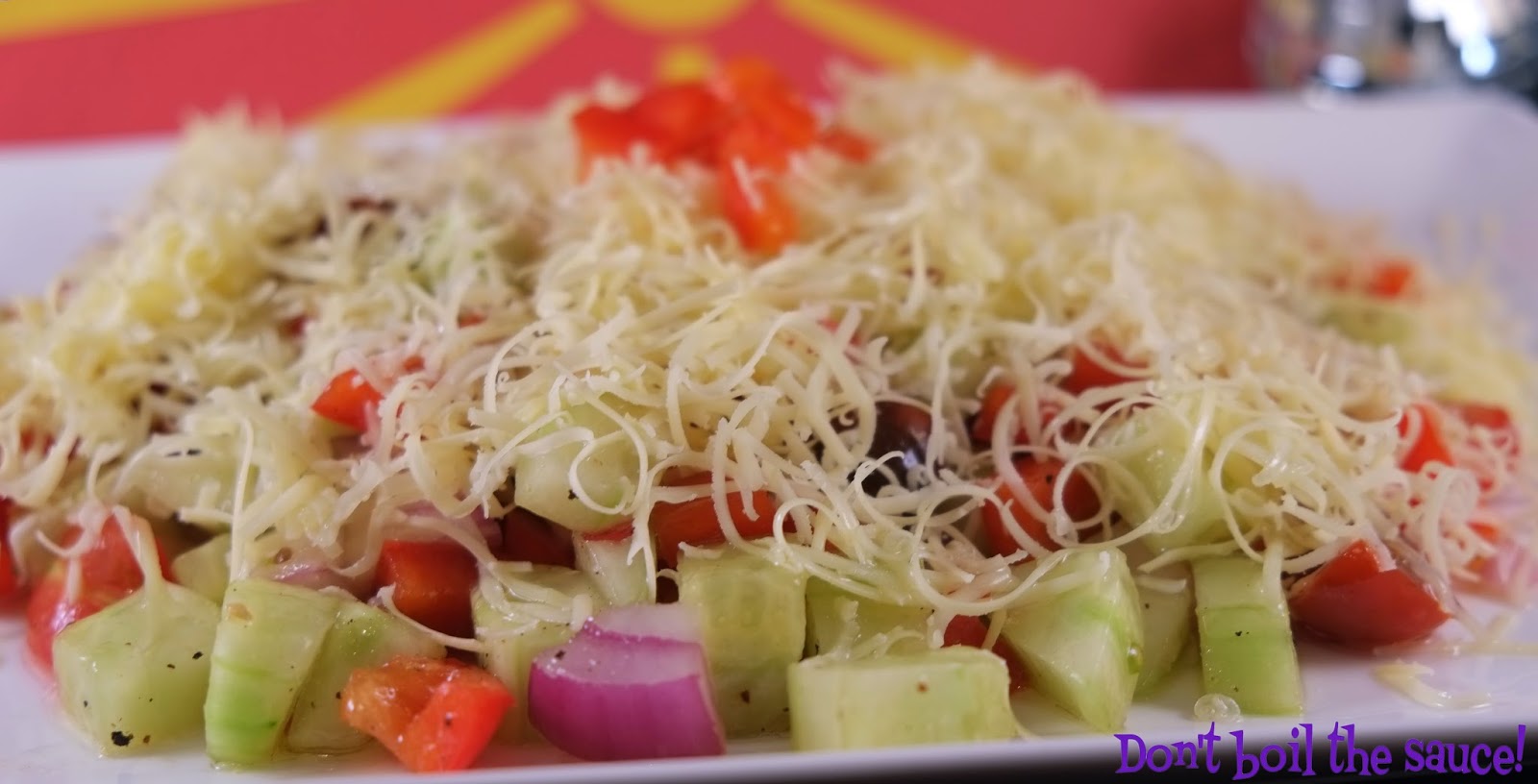 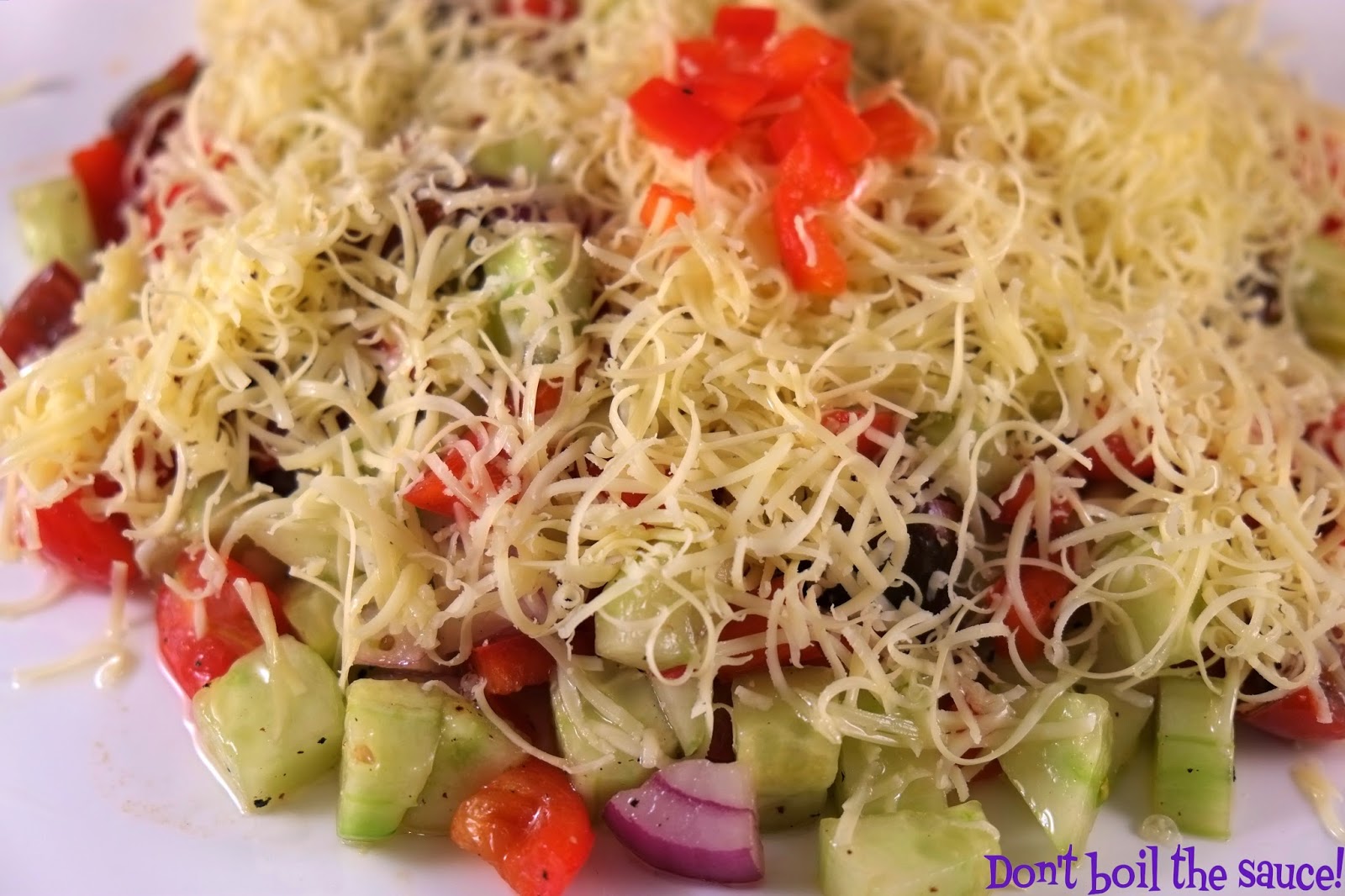 F.Y.R. Macedonia are sending another power house vocalist in Tijana who is heading To the Sky and possibly Saturday's final.


Will she be able to make the final top ten, a place F.Y.R. Macedonia hasn't been...yet.
If they win, their air force might even be able to afford shirts as well as gas masks!
со среќа so sreḱa!