Chow Down to Eurovision 2014 - France

Bonsoir, this is France calling, where things have gotten a little hairy both physically and emotionally.

Things may have been a bit cursed for this entry as there were a few hiccups, one being that the first time I typed it, working on the HTML I managed to clear the post the split second before it autosaved....oh well, start again.

The birth of this year's entry for France was a moment of fate.

I had bought my dear "Manu Feildel obsessed" friend MP a cookbook for her birthday (autographed... I am an awesome friend) so when he was launching his new book at his new Melbourne restaurant of course I had to escort her. (we paid not a sponsored post)

So after the meal and after they had revived some of the ladies and a couple of gentlemen from hyperventilating with a severe case of Manu lust there was a photo opportunity.

I was official photographer while MP had another book signed and hoped for a marriage proposal.

She told Manu how I had given her an autographed book for her birthday to which he said I must have got a lot of brownie points for.

We did laugh about how he thought we were a couple, though MP didn't laugh as much when I said I was sure he thought she was on the better end of the deal.

While Manu was asking what we thought about the food, I pressed on and went straight into the "ok, so a Eurovision of food, what dish should represent France?"

While he was deliberating I could see my friend was having an issue using my camera to which I offered some assistance, "it's upsidedown love..."

"tarte tatin, it's upside down!" exclaimed Manu, and so that is how this entry was born. 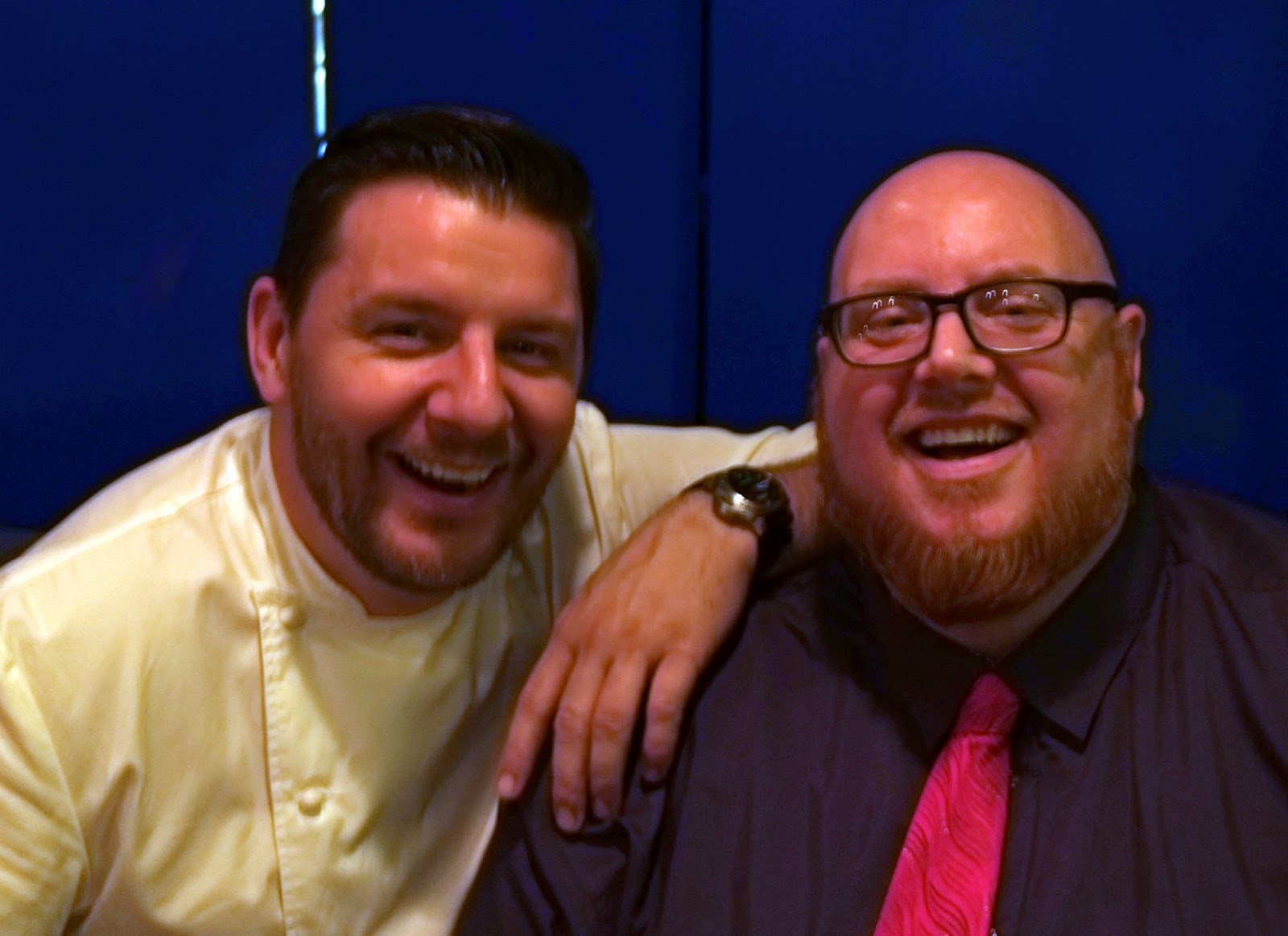 It's lovely to see how excited he was to meet the guy from Don't Boil The Sauce!


Louisa Baileche continues our facial hair theme, as in 2003 she may have put her face in a tarte tatin before she went on stage as no matter how she flicked her hair it wasn't going anywhere, poor love. 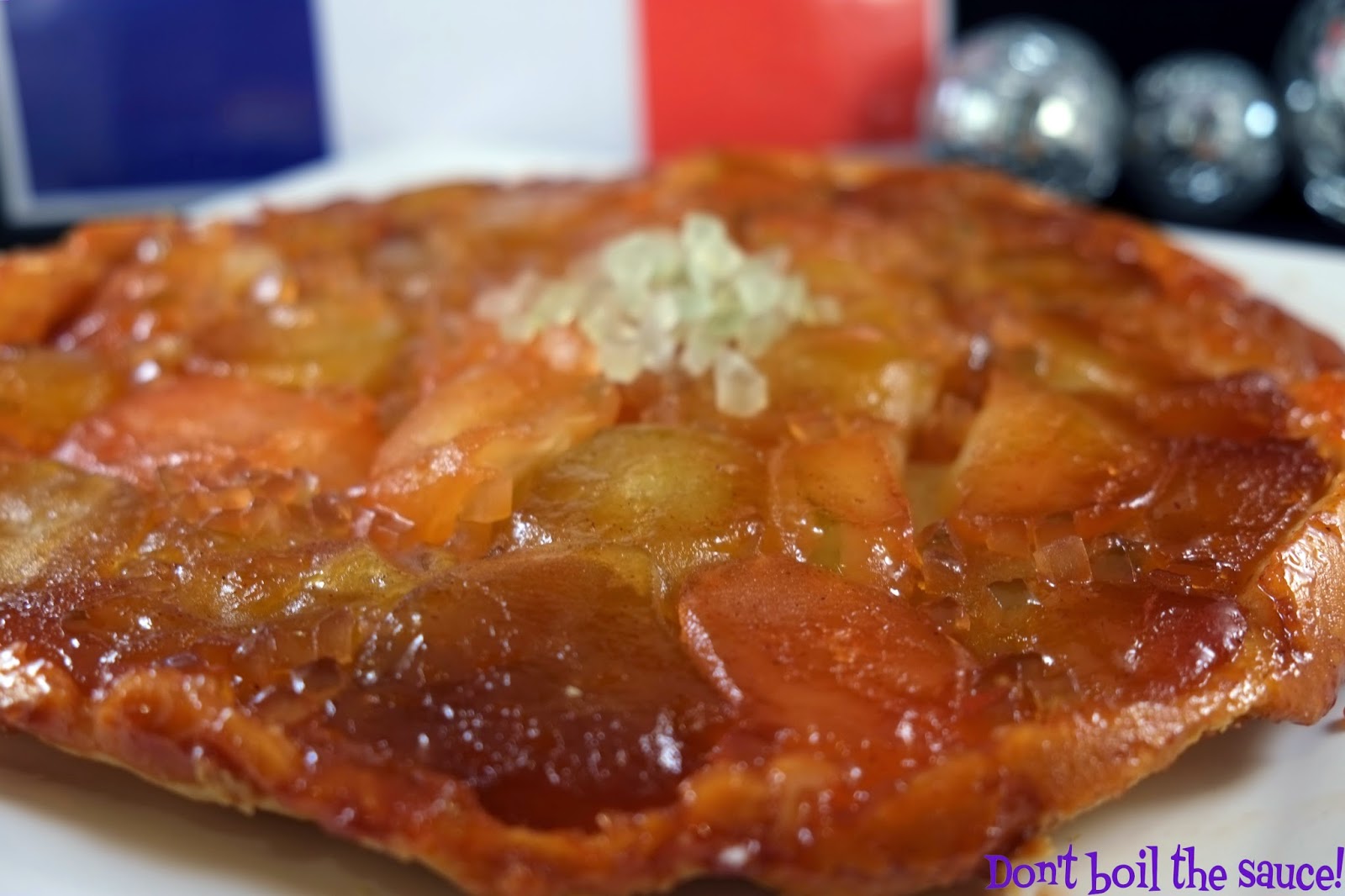 Given it was Manu's suggestion I felt it would be a tad awkward not to use his recipe, unfortunately it wasn't in either of the books MP had.

A Google search revealed this version from Boy's Weekend which sadly I report doesn't work if you follow the method listed as you just end up with fried sugar.

For the caramel on the tarte tatin pictured I consulted the recipe in John Whaite Bakes At Home and then followed what I thought would work.

Worrying about what I should publish here as I didn't just want to say, thanks for the idea Manu, but your recipe doesn't work, I went back to Manu's website and found a copy of the recipe with instructions that look like they would work much better. (If only I was clever enough to try there first instead of relying on Google results!)

My twist to this apple tarte tatin is candied citron for that extra burst of flavour and I love the way it almost disappears into the caramel.

I will workshop my own version with the citron and a puff pastry base and publish that at a later date, when I'm sure it all works.

Till then this is Manu's version with the correct method. 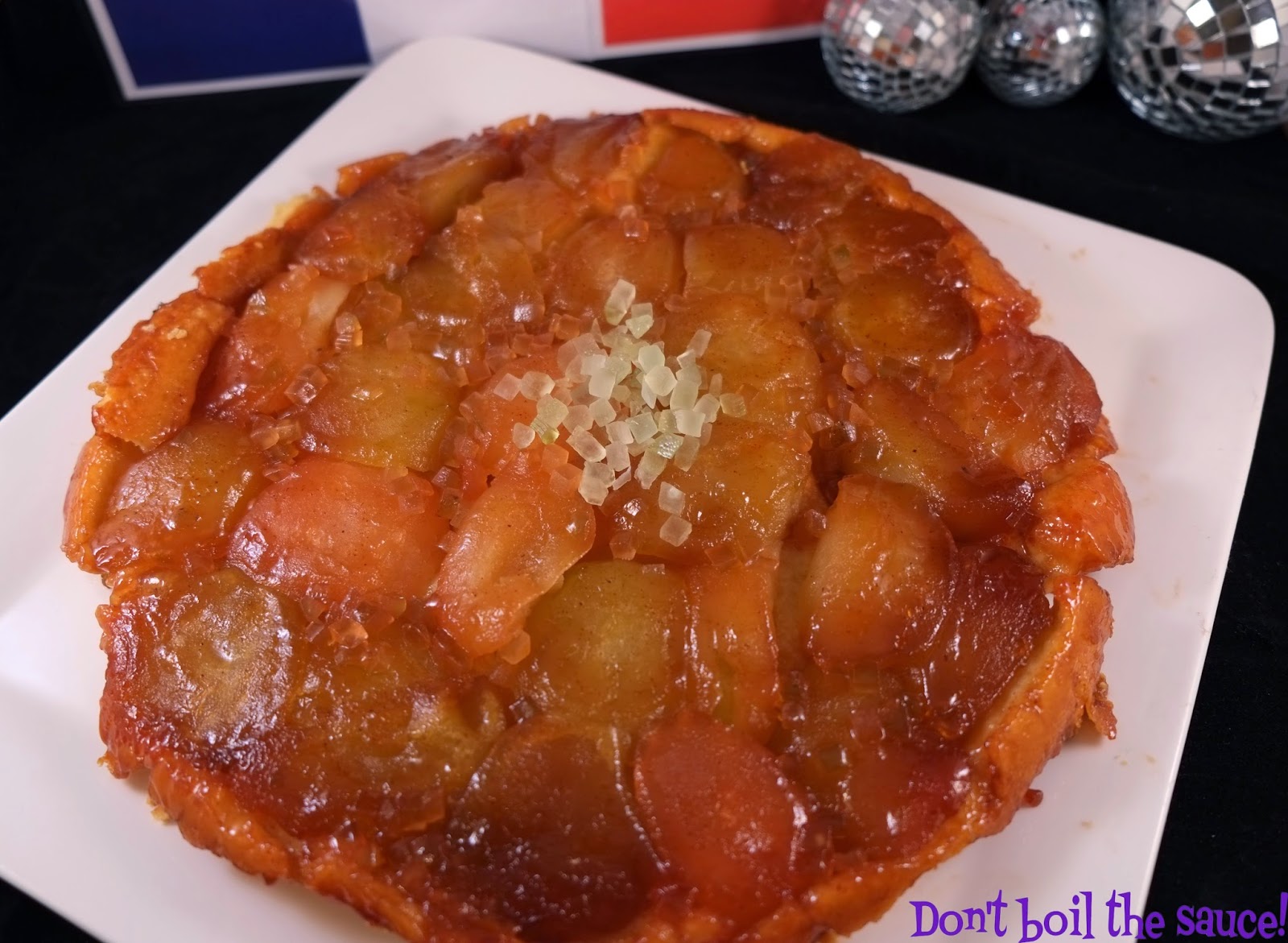 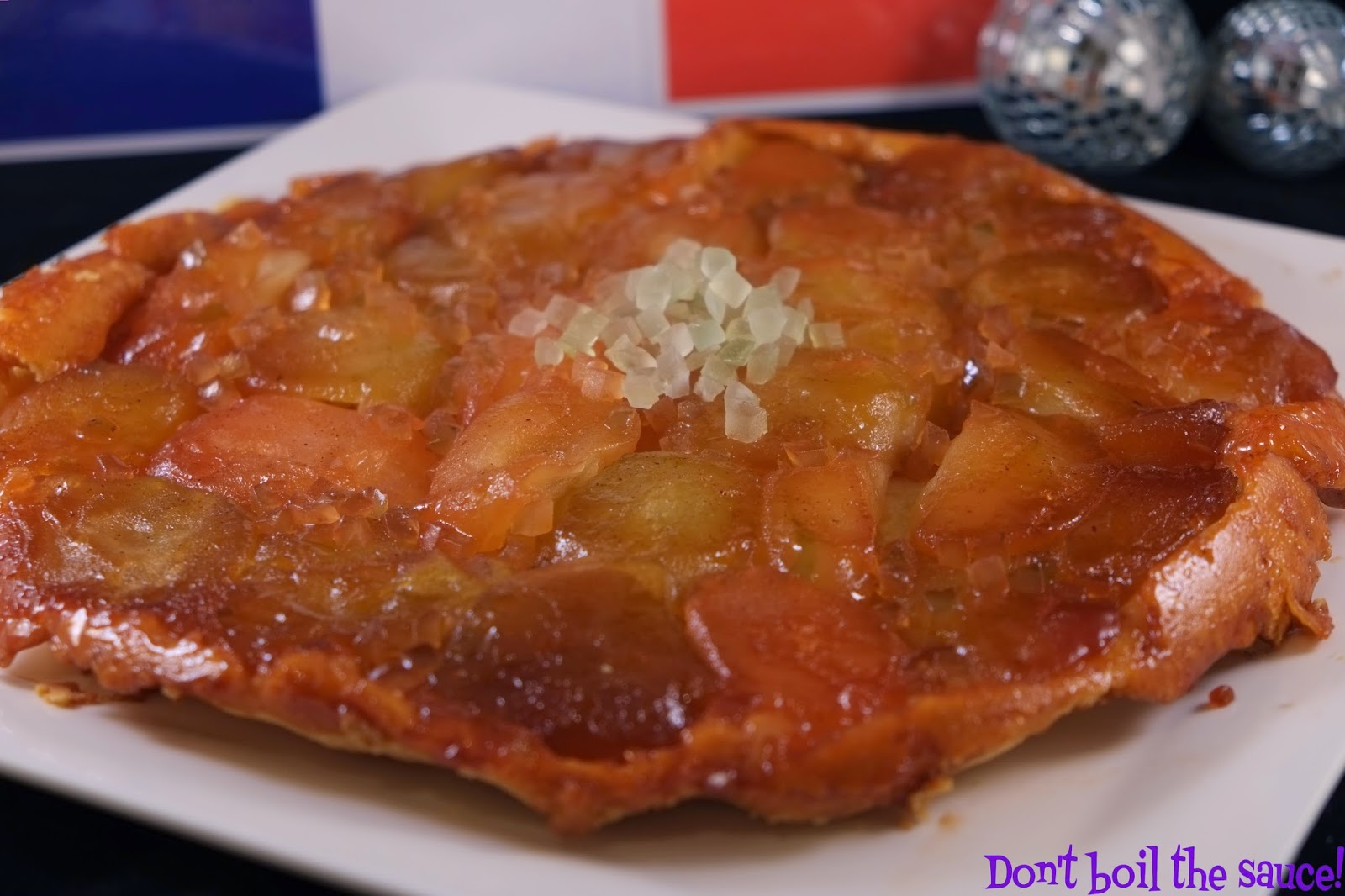 Twin Twin wanted a Moustache in Copenhagengen but barely managed a whisker.

Email ThisBlogThis!Share to TwitterShare to FacebookShare to Pinterest
Labels: apple, Chow Down to Eurovision 2014, France, tart