The final country in the Chow Down to Eurovision 2013 is Spain. Given this is the 39th country I'm going to take advice from the great Terry Wogan and just get on with it!

While there are so many great songs from Spain to include here I thought I'd choose an historical moment as well for those inquisitive minds learning about the food and the contest.

In 2010 Spain's Daniel Diges performed Algo Pequeñito (Something Tiny) twice on the night as during the first performance the stage was invaded by a serial pest, although many didn't notice at first or thought it enhanced the act.

I also held concerns for the backing singer that makes a late entrance just in case security thought he was another intruder and tasered him.
They came 15th and I suspect it had more to do with the song and final note rather than the space invader. (see what I did there, funny!)

This "having 2 go's" also happened in 1958 with Domenico Modugno's Nel Blu Dipinto Di Blu (Volare) as there was an issue with transmission and some countries didn't see this opening song.

Our final dish is Cerdo con Leche, Pork cooked in milk and I actually just copied this straight from this site without changing it, so unlike me!

My contribution was a variation on the suggested side dish which is sautéed quartered apples with red capsicum. Its not really a recipe just cut and sauté together in butter till the apples are tender, then season.
I also served on a bed of rice that was amazing when combined with the sauce.

Don't think I have got off the hook lightly by not creating this recipe, wait till you see what's coming up just before I announce the winner of the Chow Down to Eurovision 2013. 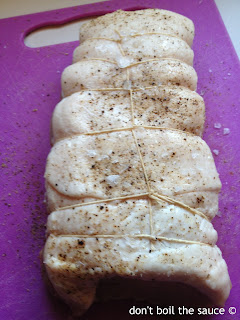 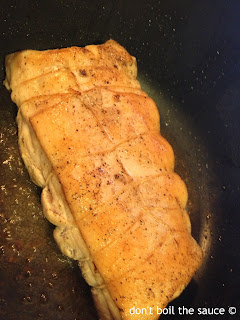 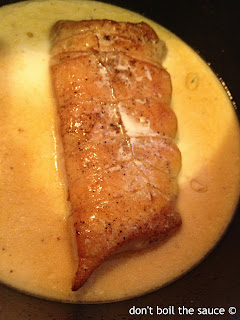 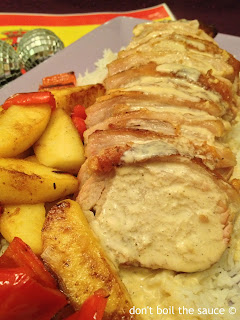 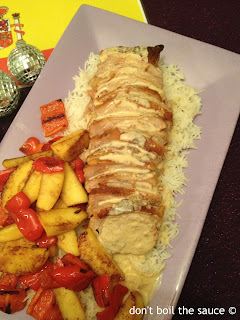 This year will see ESDM sing Contigo Hasta El Final (With You Until The End), hopefully invader free.
Buena suerte!
Posted by Don't boil the sauce at 3:43 PM

Email ThisBlogThis!Share to TwitterShare to FacebookShare to Pinterest
Labels: Chow Down to Eurovision 2013, spain