This year's Eurovision host country Sweden is the first cab off the rank in the final of Chow Down to Eurovision 2013. As hosts Sweden automatically qualifies for the final along with Italy, Spain, France, Germany and the United Kingdom.
The remaining 20 spots in the final come down to your votes and will be announced tomorrow.

While I had a dish in my head to finish our journey to Malmö with I kept seeing requests for meatballs recipes on twitter from potential Eurovision party hosts. I was resisting doing meatballs as I didn't think I'd be able to get my hands on enough horsemeat, but I always like to give the Saucers what they want.

The twist is these are based on my memory of Swedish meatballs from my childhood when the grown ups had parties. I remember they came frozen in a large box of about a thousand dark brown pebbles that looked like something decorative from a garden shop, they tasted of  a shipload of pepper and had a distinctive bounce to them.

This version doesn't  have quite as much bounce and with the brown onion glaze will disappear quickly. I've also included in this post a Swedish cocktail to get you in the spirit, or possibly hospitalised if you play the Eurovision drinking game!

I had a very hard time picking the past Eurovision taster as Sweden has a smorgasbord of brilliant offerings so I thought I'd stick to one most personal.

There is something magical in the finding Eurovision in a non Eurovision setting whether it be Loreen's Euphoria in the final of My Kitchen Rules, the music in a shopping centre or an intimate stand up comedy routine with a Eurovision theme.

My most thrilling surprise Eurovision was during a 6am body pump class, yes not only awake at that time but out of the house and exercising! Around this same time I was body jam instructing so I was no stranger to the inside of a gym, I just didn't look it.

I was getting ready to lift the weights while day dreaming about being back in bed when I hear "never gonna run away" (what, no way) "I'm not gonna hide"(OMG can it really be!!!) "I know, just what I feel inside" and yes it was Carola from 2006 serenading the class with Invincible! It was like I was back in Athens.

The instructor was very accommodating as I sang at the top of my lungs and tried to wave the bar like a flag with 10kg weights on each end. Just like the backing singer in the semi final there may have been a well covered stumble that had the potential of doing one's self a mischief. (2.45 in the video) 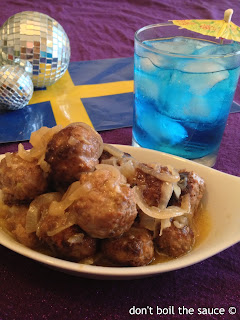 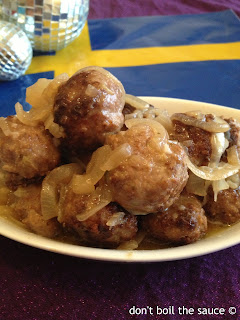 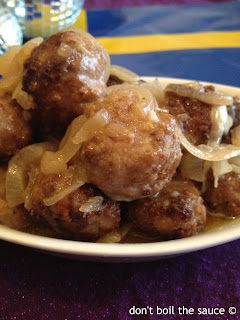 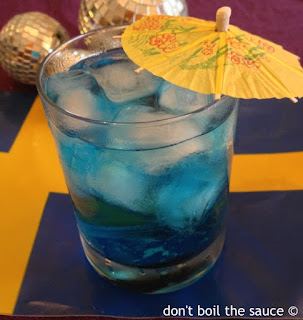 Robin Stjernberg will have the home crowd support with his song You, can Sweden win 2 in a row?
Lycka till!
Posted by Don't boil the sauce at 11:28 PM

Email ThisBlogThis!Share to TwitterShare to FacebookShare to Pinterest
Labels: Chow Down to Eurovision 2013, meatballs, Sweden, vodka