Chow Down to Eurovision 2015 - Greece 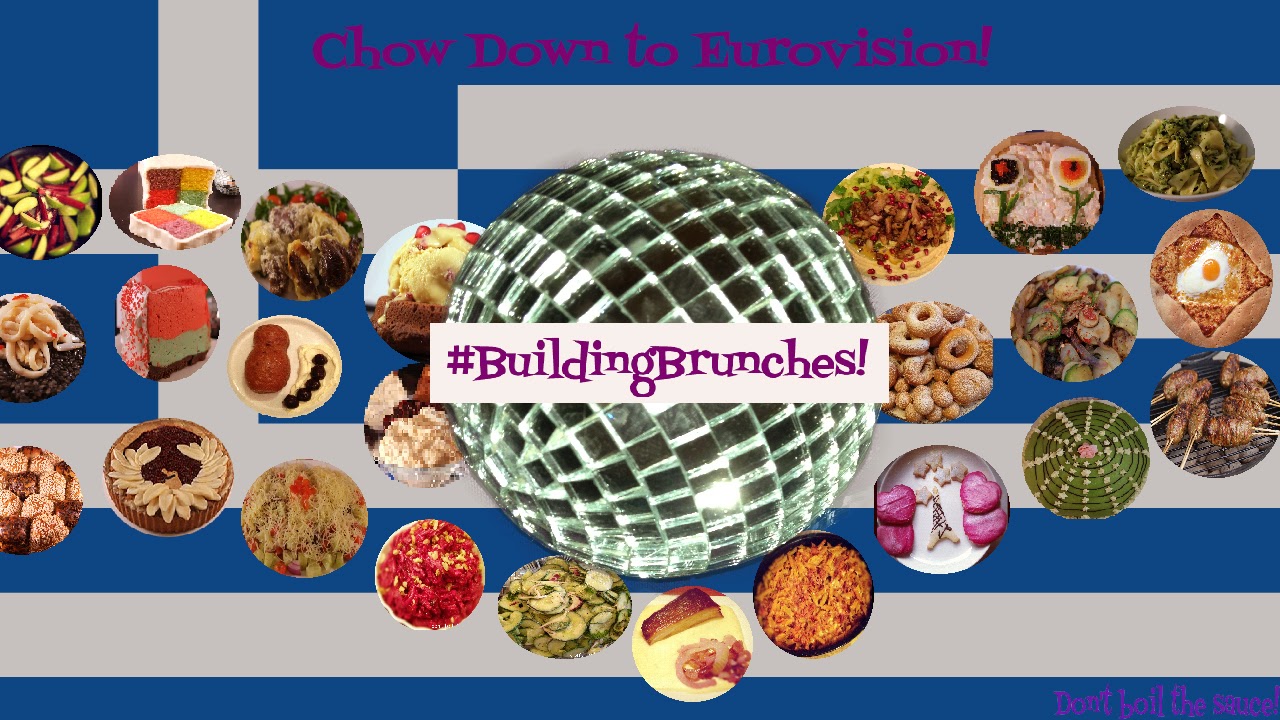 Kali̱spéra, Athens calling...here is our entry to Chow Down to Eurovision 2015.
Oh almost forgot...Thank you for the really good show!
There is really very little time that I'm not thinking about Eurovision or the Chow Down, I'm forever on the hunt for that special dish for each country.

This year's entry for Greece came from a friend that was chatting about a recent trip to Greece visiting the old family village.

Well yes that is all very interesting but tell me what you ate...so he did.
A family favourite that allegedly every Greek would have grown up on is patates me agva or chips and eggs.

Potatoes and eggs really what's not to love!

I had talked about doing a version with Kipfler potatoes roasted in duck fat but was instructed that buying chips from the fish and chip shop was the more traditional way to go, so who am I to argue...

Ok, I have a confession and only because I am way too honest, I did use frozen chips (gasp) only because I had tried on three occasions to buy the chips but I ended up eating them on the way home. (yes 3 times...damn you hot chips smell)

So moving quickly onto some music while we all try and not think about jumping in the car and getting some hot chips...


A fleeting 4 years before Helena Paparizou became all our number one securing a victory for Greece in 2005, she was ready to (I would)Die for You.

As part of Antique Helena placed 3rd, the highest Greece had placed until it was equalled with 3rd place performances by Sakis Rouvas and Kalomira.

This is my favourite of her two entries as the choreography is much simpler to recreate at home without needing 2 bare chested Greek blokes hoisting you up to play a pretend lyra. 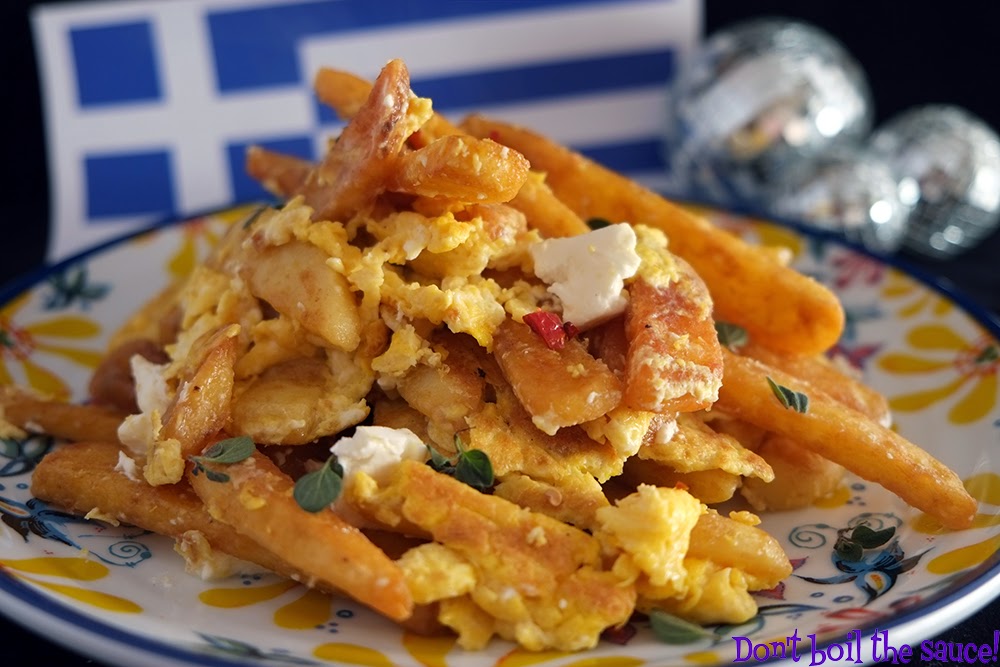 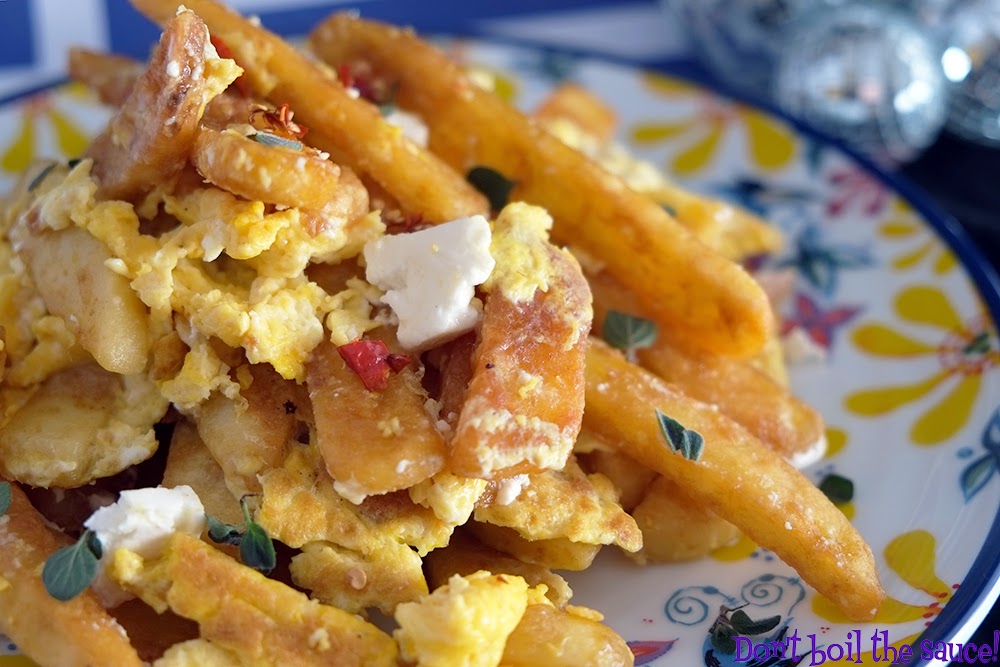 (Greece is sharing the same plate as Finland because it was a gift and I love it....and it was shot before running order was known)


Taking the stage in Vienna for Greece is Maria-Elena Kyriakou with One Last Breath.

Maria-Elena certainly has quite the set of lungs that can deliver all the breaths required to rise like a phoenix.

Due to budget cuts it did sound like Greece and the Czech Republic were going to have to share the same piano intro.

On the official ITunes version though it seems Czech Republic has been granted custody of the intro and Greece has changed to an electronic crescendo that has you are just waiting for someone to get the clap and yell "Cleo, Donatan!"

καλή τύχη!
Past Greece Chow Down to Eurovision: 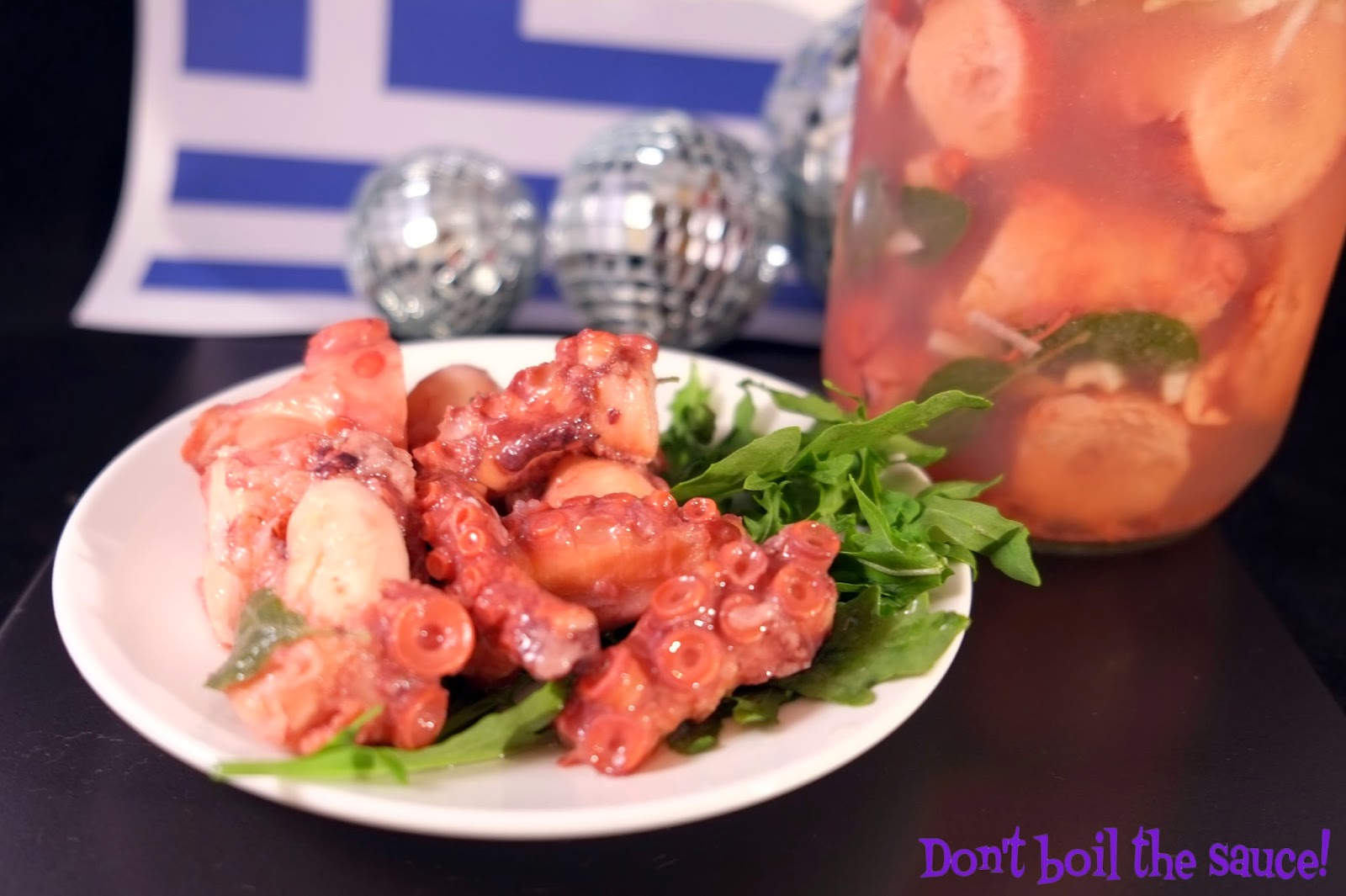 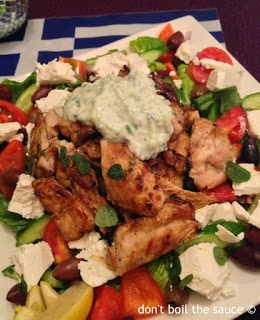 Greek Chicken Platter with Tzatziki
Posted by Don't boil the sauce at 1:59 PM

Email ThisBlogThis!Share to TwitterShare to FacebookShare to Pinterest
Labels: Chow Down to Eurovision 2015, egg, Greece, potato