Chow Down to Eurovision 2015 - Moldova 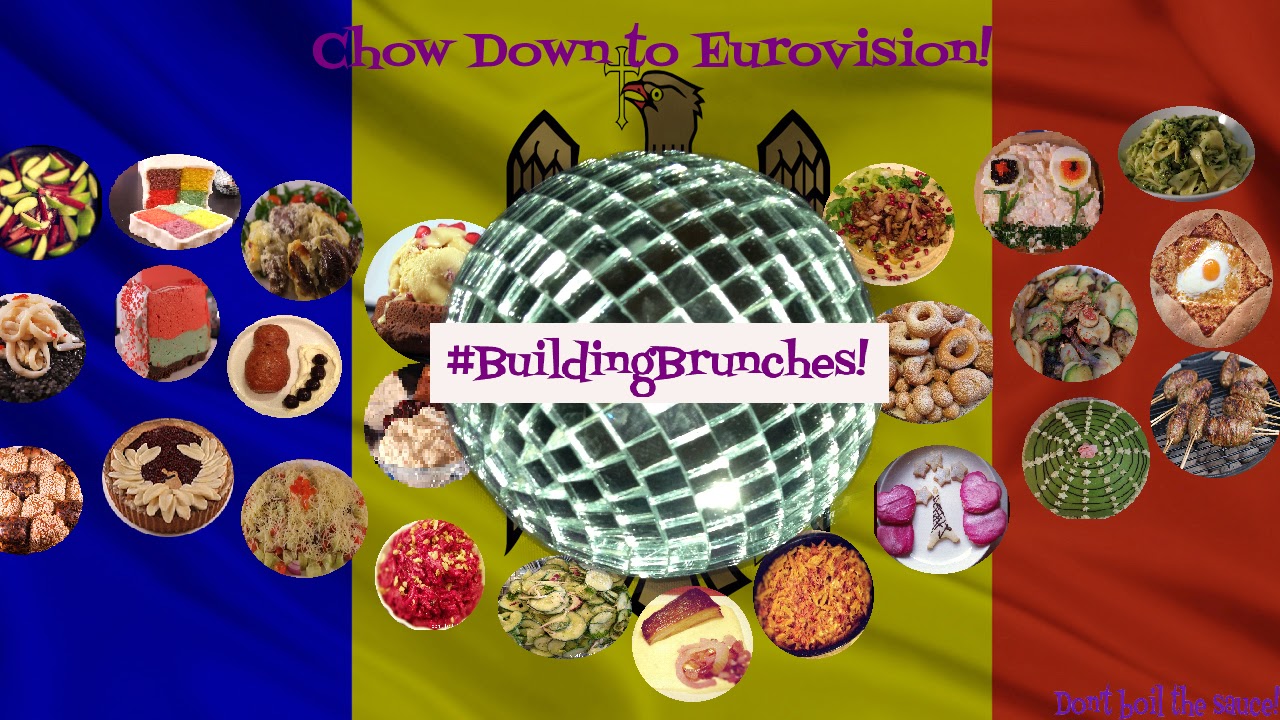 Buna Seara Europe/World we have arrived in Moldova, the first country for Chow Down to Eurovision 2015!
If this is your first time to the Chow Down to Eurovision you will discover that each country will present us with a dish, a Eurovision entry from their past and a taste of this year's contestant.
We begin are musical journey into Eurovision history in 2008 when Moldova gave us Century of Love sung by Geta Burlacu.

Geta has a flexible jazz voice that successfully navigates the scat sections with the trumpeter and in case you were unsure if this was lounge music, they decided to bring one with them.

I think Moldova would score well on The Block as who wouldn't want a lounge room with a cool moody trumpet player at the foot of the sofa??

Wonder if I could get one at Ikea?

Like the great Paul Oskar's 1997 Minn hansti dans for Iceland, I have a lot of respect for someone that can combine entering Eurovision with a lay down on the couch!

Sadly as with last year, 2008 saw Moldova fail to secure a place in the final, which may have had something to do with the teddy bear...great voice, great song, creepy teddy bear.


Our first culinary morsel of 2015 is sure to disappear in a flash from any Eurovision party buffet.
Placinte are a pastry covered dumpling/pie/pastie bites of deliciousness.
There are many methods of making and both sweet or savoury varieties.
Today Moldova is in the space between both with a chicken and pumpkin variety.
The chicken with the hint of garlic champion team savoury with the pumpkin making a very welcomed appearance for team sweet.
I suspect Moldova will do well in Chow Down to Eurovision 2015 as covering anything in pastry is a good idea really.
Chicken and pumpkin placinte (makes 35-40)
Ingredients
Method
Note on pastry: I made the pastry for the placinte featured which adds to the puffed up look, a little like a Eurovision reveal. They go into the oven all neat and oval but come out puffed and gorgeous.
I used about 3/4 of a 750g batch to get 40 placinte, so a packet of pastry should be enough to get 30+ depending on the size. My normal pastry recipe is from the Great British Bake Off - How to Bake but there are lots of recipes out there if you are going to make your own. 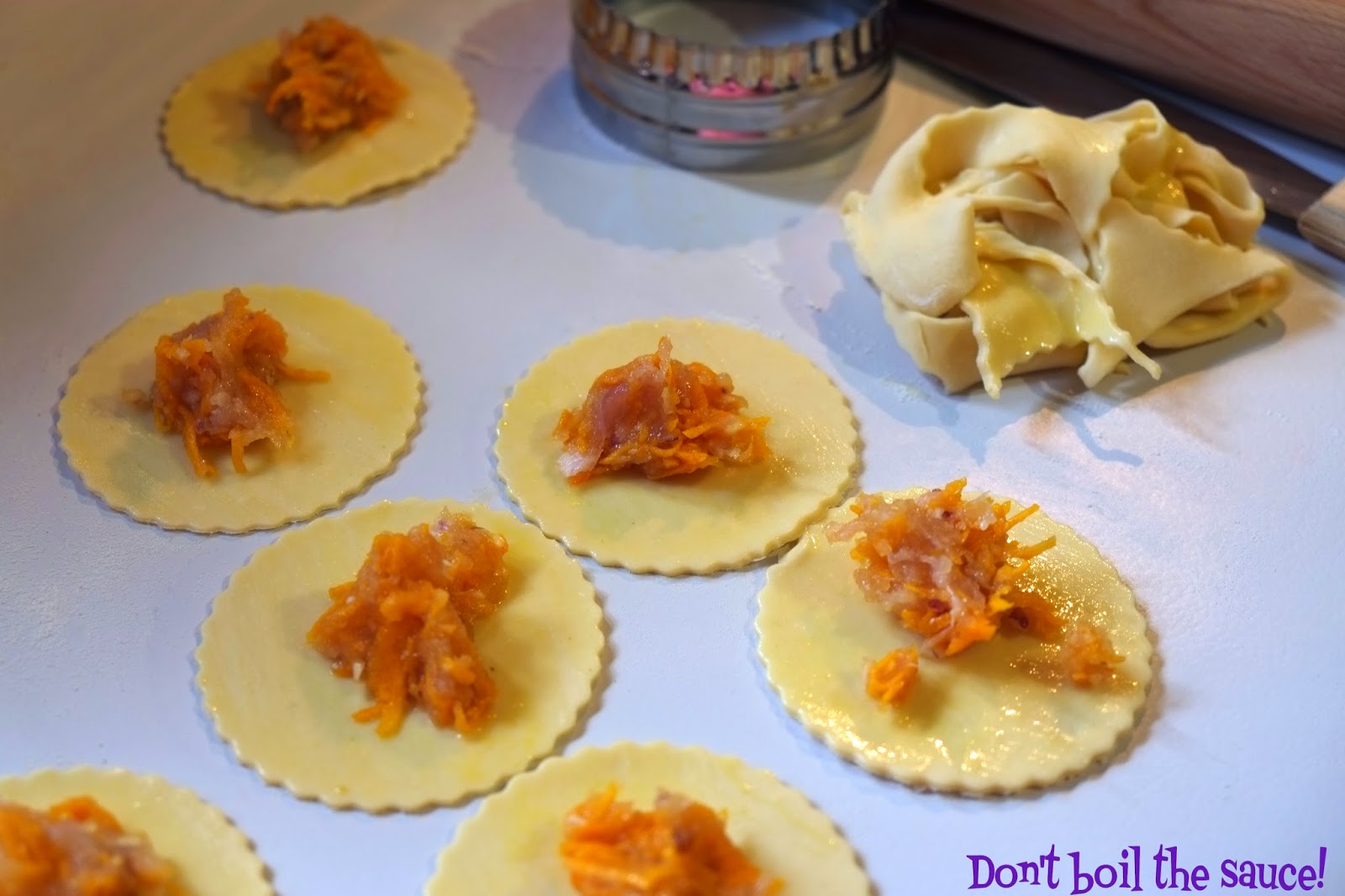 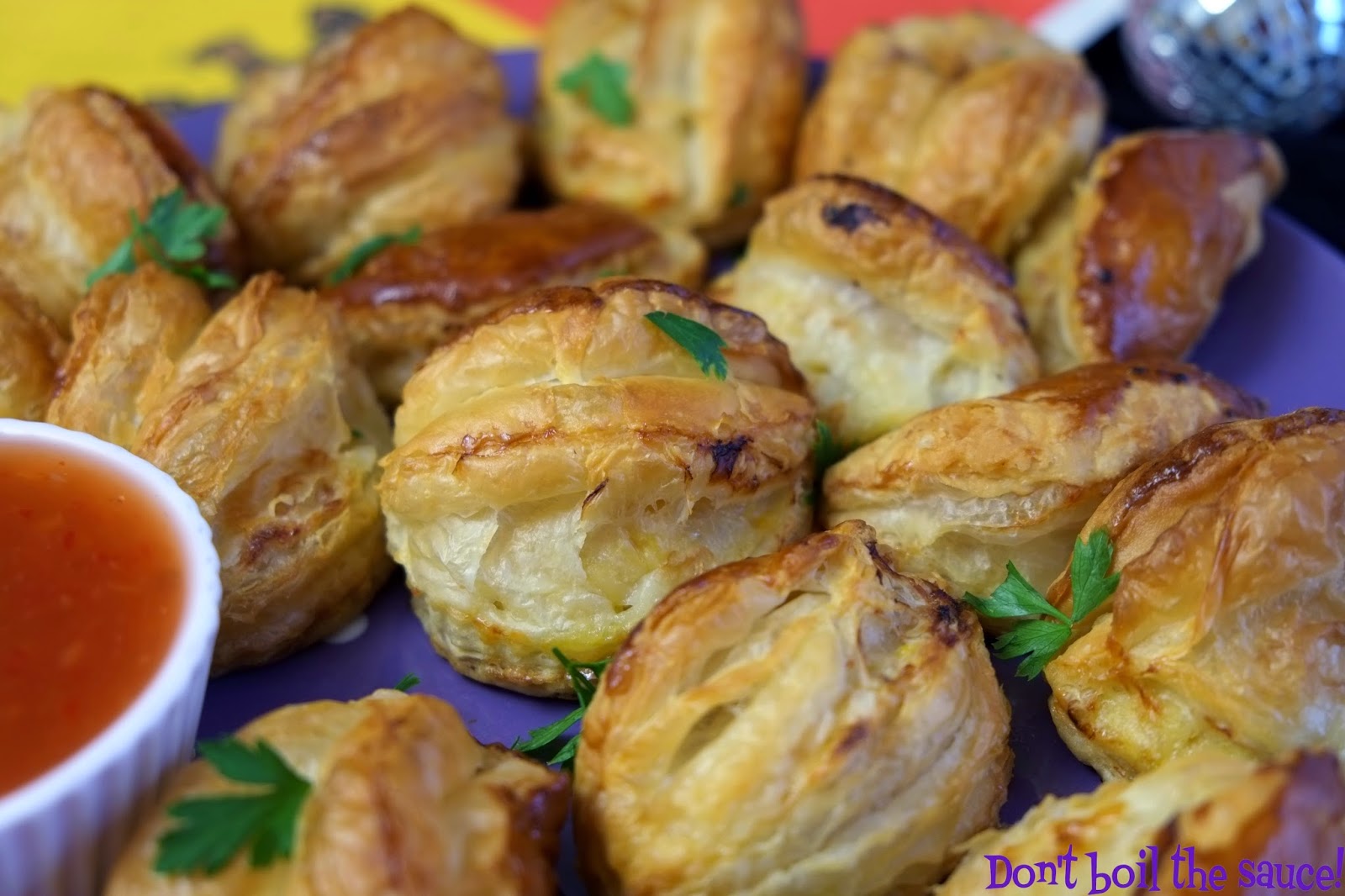 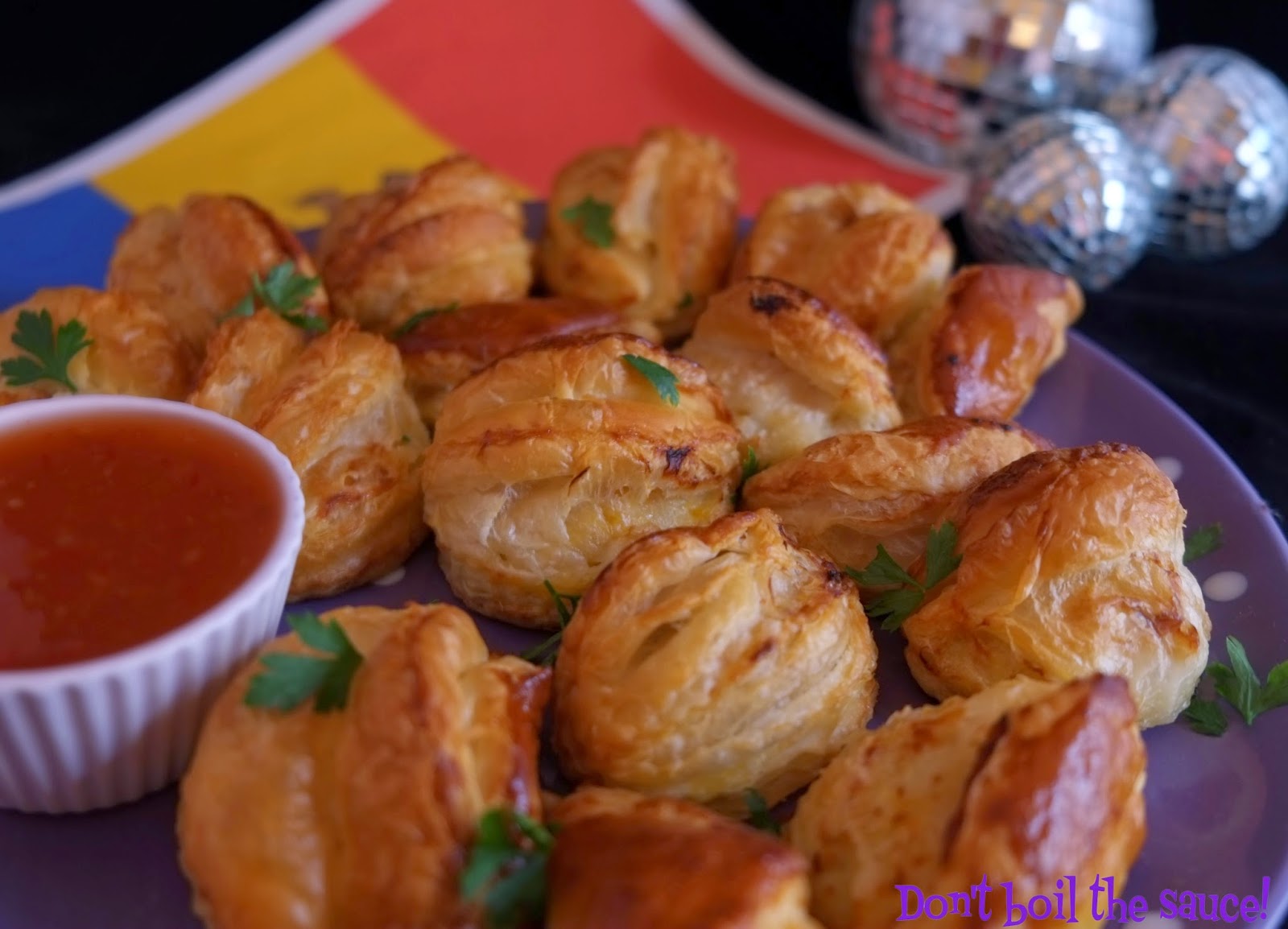 
The Moldovan entry to grace the Wiener Stadthalle stage this May will be Eduard Romanyuta with I Want Your Love.

While the selection process was rocked with allocations of vote buying, I think Britney Spears fans will give this song 12 points....ah yeah yeah yeah yeah

Past Moldova Chow Down to Eurovision appearances: 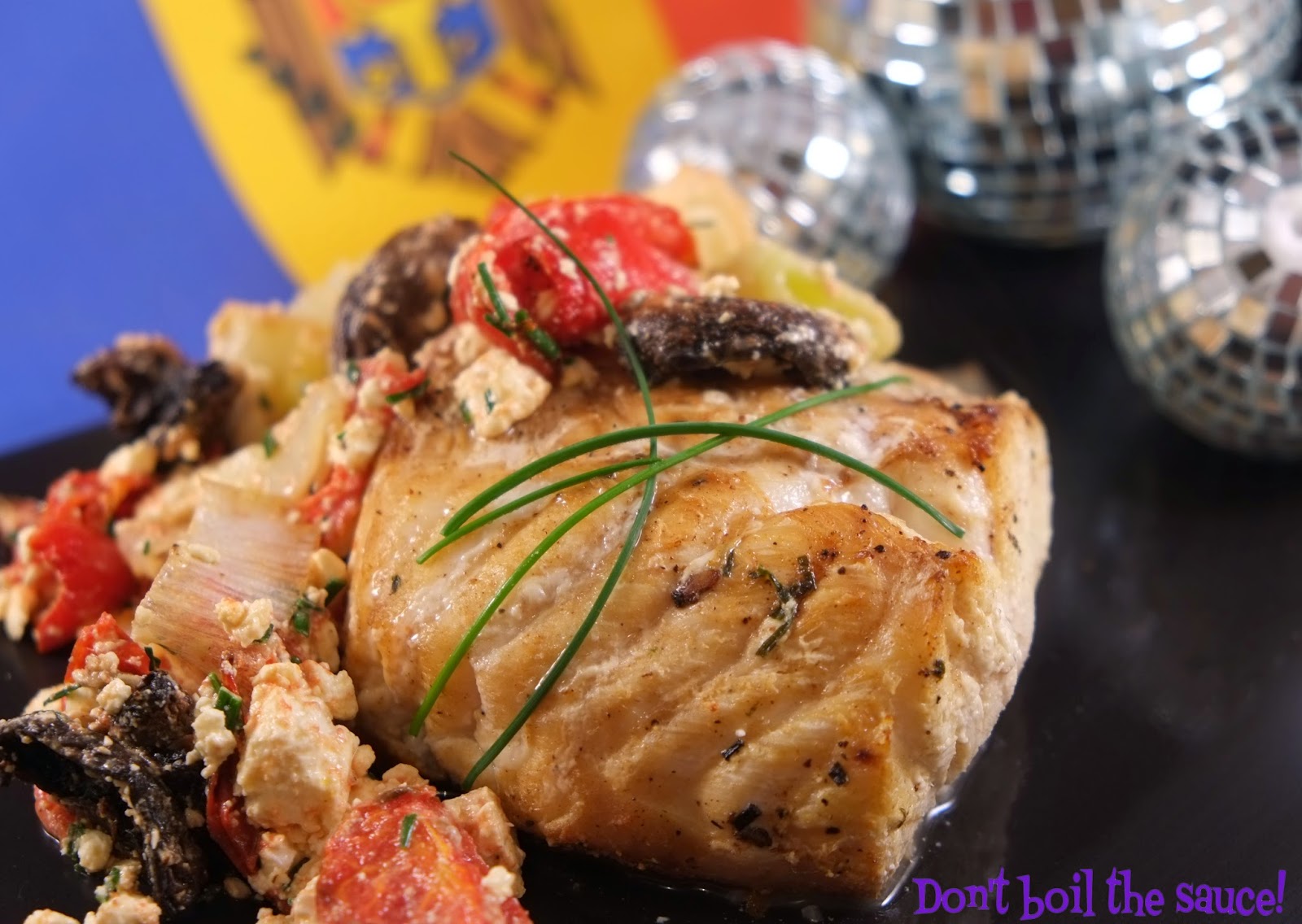 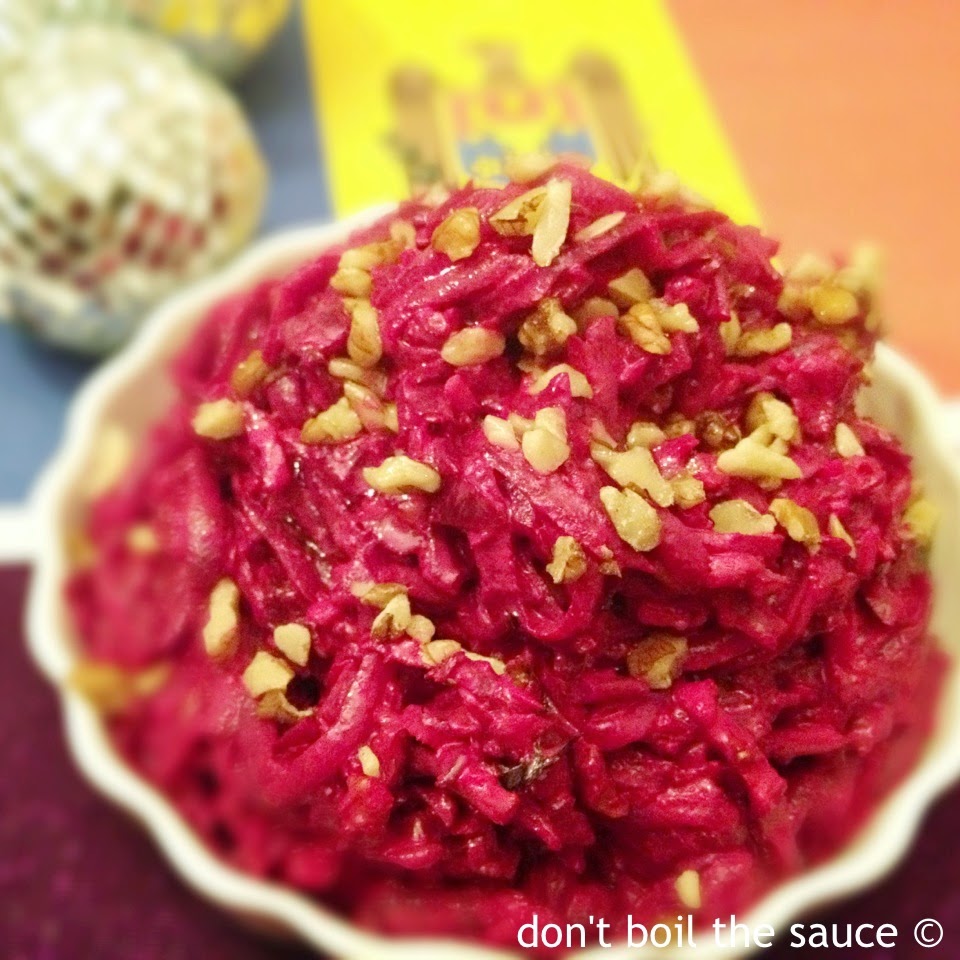