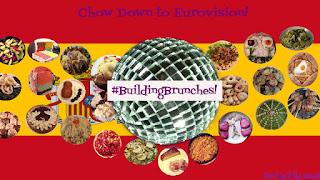 Which in a random piece of Eurovision trivia, was sung by Swedish singer Sylia who twice tried at Melodifestivalen to represent Sweden (2002, 2013) though imagine if Sweden had selected Y Via Espana to represent them in 1974 we could all be saying ABBA who?

So onto our Spanish entry in our Eurovision food passport and it couldn't be easier.

I discovered this recipe while flipping through cookbooks in a library....Libraries are basically bookshops but you can peruse through the books and no one yells "you gonna buy that mister? This aint a library!"

When I saw a soup that was basically old bread I thought we have a winner as I usually have a lot of bread needing a home!

This recipe is the perfect addition to your Eurovision menu as its so quick you can have it done before the first votes spokesperson have gotten through how much they really really really enjoyed the wonderful show! 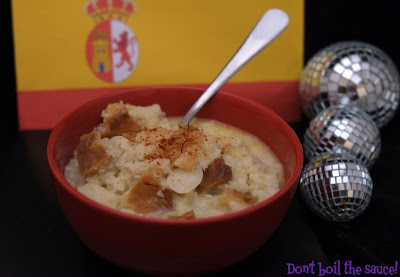 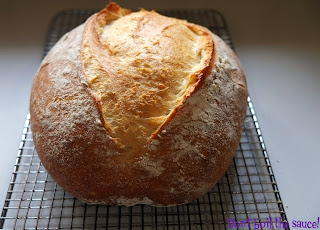 You don't have to bake the bread yourselves........I guess we don't all love our families and friends (I'm joking don't write in!) 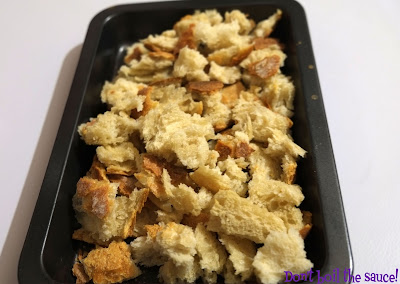 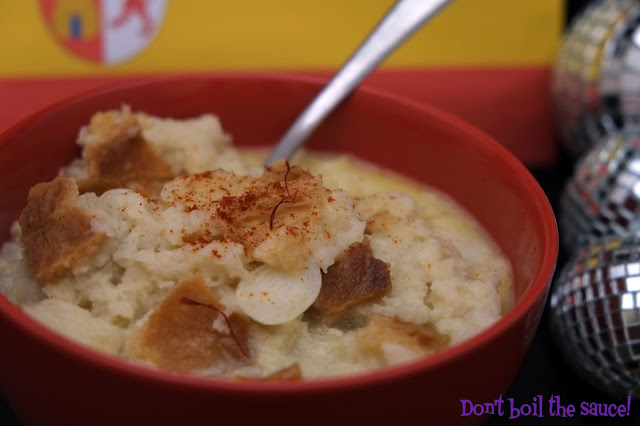 Edurne placed 21st in the final with Amanecer which is a shame as I really love this song and it would be among my most played of 2015.

The passion of the Spanish fans I witnessed in the press centre was a true inspiration, hugging, crying, cheering all while completely focused on every second of the rehearsal.

Many onlookers could call their enthusiasm OTT (not Lepland) Over The Top but I admire just how much they support their artists.

There are quite a few countries that could take a leaf out of Spain's book when it comes to getting behind your entry!

Previous Spain Chow Down to Eurovision: 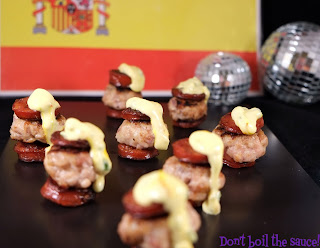 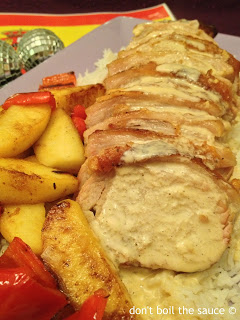