Gluten but not glutton free....

I hadn't set out to create a gluten free treat it was just a nice added bonus so now more people can enjoy it.....but I'll need to work on the sugar/fat free bit.
My too cute metal lunch box I recently learned is actually called a Tiffin, which Google also taught me is the name of a no bake chocolate slice and a chocolate bar. I had to try it, the possibility of a tiffin inside my tiffin was too much resist.
Normally a tiffin is based on digestive biscuits but I swapped this for a packet of plain sweet ones instead. It's rare for me to buy packet biscuits, maybe 4 packets a year at most.
Each time has a specific purpose though e.g. making a chocolate ripple cake, or needing a soup mug of milky sugared tea with a packet of chocolate butternut snaps to heal the woes of the world, or a packet of fairy biscuits well because with pink icing and 100's and 1000's you really don't need a reason!
We hit a technique snag as the biscuits didn't survive an infuriating episode of Q and A (political question time) as it was more polite to stuff biscuit in my mouth that yell at the TV!
I wasn't going to buy another packet of biscuits so popcorn became the understudy waiting in the wings to go on.
The proof that this little experiment worked was at 2pm the next afternoon at work counting down the hours till I'd be home for another fudgy piece.
Only 2 pots were harmed in the making of the popcorn, I must have lost my cooking mojo for a split second as the simple task of making popcorn which I've done 1000 time just wasn't a happening thang.
Twitter to the rescue!
The no fail method is to heat the oil with 3 kernels and once they've popped it's ready for the rest.
For this recipe 3/4 of a cup of popping corn give you even for the recipe and a late night TV snack.
Almond and Ginger Popcorn Tiffin
Ingredients
Method 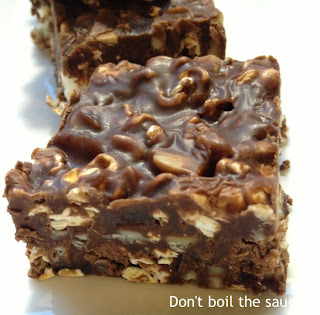 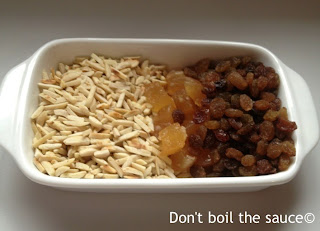 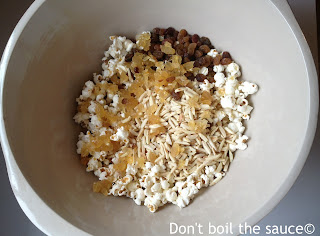 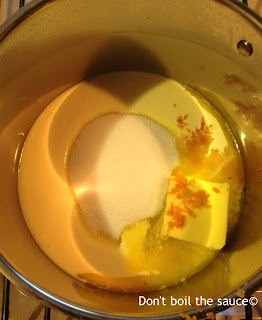 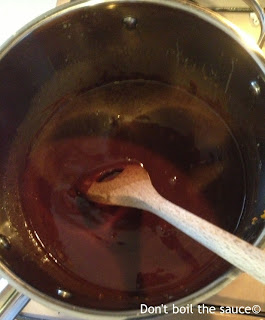 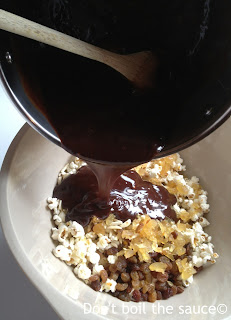 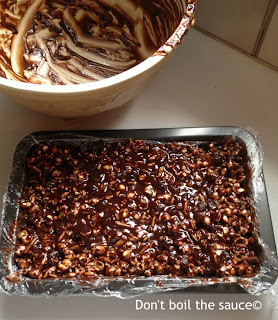 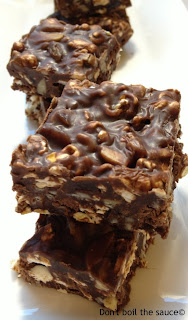 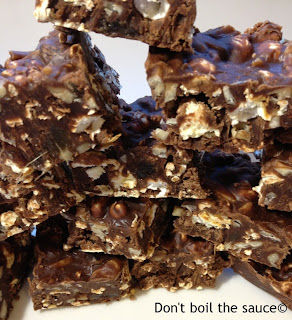 Nice a chocolate barricade, just like Les Miserable but you actually want to go back a second time!
(referring to the film not the stage show, which is brilliant) 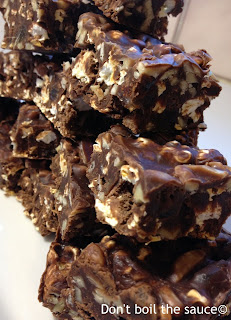 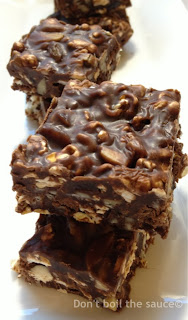