Chow Down to Eurovision 2015 - Portugal 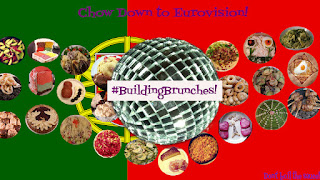 Ladies and Gentlemen we have now landed in a country that I truly hope Eurovision will land in one day soon, Portugal.

Having been absent in the contest only 4 times since 1964 it really is high time we got to spend 2 weeks in Lisbon. Sadly the word among many commentators is that not singing a song in English give very little chance of coming home with a Eurovision victory.

Portugal has only performed some English 4 times in their Eurovision history but never only in English. I love that they have resisted the trend and continue to represent their culture, the power of music means it can transcend language...so keep working on the music.

Celia Lawson whose middle name may be Nigella came in last with nul points in 1997 for Antes do adeus.

The inspiration for this dish arrived after reading a travel review that mentioned the writer eating a roasted green pepper salad with lunch. I wandered into the garden where I was greeted with an array of green capsicums, chilies and peppers, so as they say in the classics, transaction complete.
﻿ 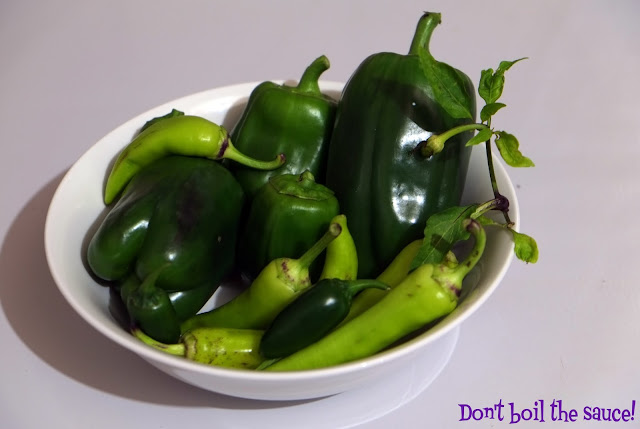 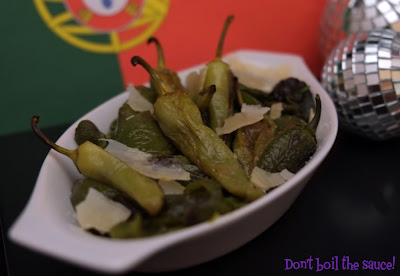 A great addition to some antipasti or with some roasted meats.

In Semi final 2 Leonor Andrade came 14th which meant Portugal failed to qualify for the final for the fourth time in five years.
Leonor did get to perform twice during the jury semifinal due to technical difficulties which involved Mirjam after the credits telling everyone not to leave the arena so they could perform again.

One of the great parts of the rehearsals was the green room questions with Conchita as it appeared she had a script but the contestants did not. There was a much funnier version of the interaction with Portugal than that which went to air during semi final 2. Leonor wasn't sure of the fabric and Conchita advised her it was latex..."oh Latex, yes, I'm very familiar with that one".


Previous Portugal Chow Down to Eurovision: 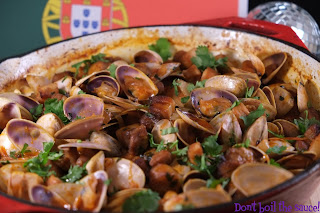 Email ThisBlogThis!Share to TwitterShare to FacebookShare to Pinterest
Labels: capsicum, Chow Down to Eurovision 2015, peppers, Portugal