More Eurovision- Out of the frying pan and onto the stage

This is my note from home as to explain I haven't written anything in the last month.....not forged I promise.
Following on from the Chow Down to Eurovision, I had the opportunity to let my Eurovision obsession take over my life for a second time this year by hosting an event with the Australian Eurovision Fan Club.
I know I will probably end up on one of those shows about my bizarre obsession, and I could not care less!
Just like the real thing the night consisted of 13 countries singing their hearts out to be crowned the winner, country's voting, and some awkwardly dodgy French from the host.
The songs were featured a range of the Eurovision back catalogue with the link that they had all placed 5th in the contest. (as the event was held on the 5th)
The stand out, I doubt ever to be repeated highlight was the surprise guest during the interval act. (well not a surprise for me, we'd been emailing for weeks)
Picture this, it was variety show 101, I'd sung the interval song, and then of course the votes weren't ready so I needed to fill...so I attempt another song, Caroban, but of course couldn't do it and needed to call for assistance from the audience to complete it, but who??
Well of course my assistance was from Nina who represented Serbia in 2011 with Caroban, you could hear the ripple of OMG when people realised what they were about to witness.
Nina was an absolute delight to watch perform, an amazing voice and a truly lovely person, those that were there on the night really did get to witness something special.
It's not everyday you have a real Eurovision contestant performing at a little pub in Brunswick!


Nina singing Caroban in Dusseldorf in 2011 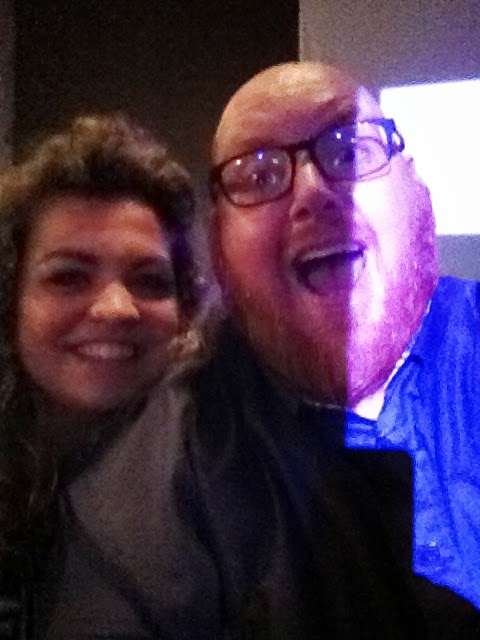 The on stage "don't look like a crazed fan" selfie.....yep totally pulled that off!
It seems traditional at Eurovision that the host now needs to sing during the interval act so I sang Molitva - winner for Serbia 2007 in English and possibly Serbian, complete with reveal. (not footage of that one)
Now I also love a good parody and while "Let It Go" is the parody of the minute, I hadn't seen a eurovison version, so I had to rectify that ASAP!

Thanks to Carl who captured this performance.

So now I've finished treading the boards for the moment it's time to get back to the chopping boards.
Posted by Don't boil the sauce at 5:31 PM