I would love to say I am ultra foodie forward by creating dishes where no cooks have gone before. The truth is often there is no plan, I just make stuff up as I go along.
This is mainly the case around midweek dinners, racing from work, to create something spectacular with whatever is left in the fridge.
Our adventure begins while some Kipfler potatoes were merrily roasting.
I had some spring onions and wombok (Chinese cabbage) and cheddar, if only the potatoes weren't already roasting I could have made a colcannon. (I know you can mash roasted potatoes but not Kipfler, too fiddly)
So long story short and borrowing some wisdom from Kate Perry things can be Hot'N'Cold, so Cold-cannon was born.
It has all the flavours of colcannon but with a freshness and crunch.
The original was meatless but I have never been one to say no to some crispy lardons, or even some speck as pictured below in another version.
﻿ 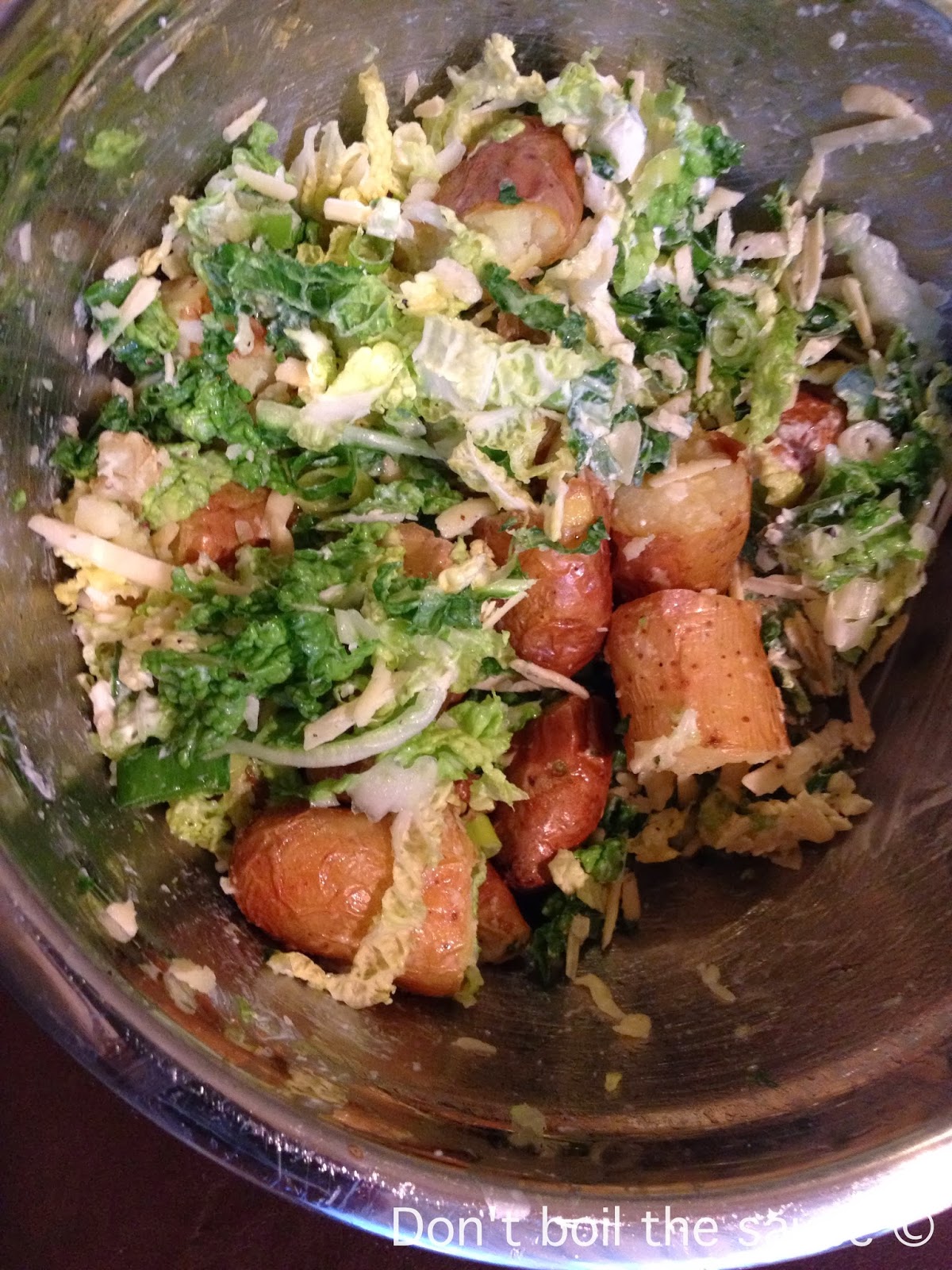 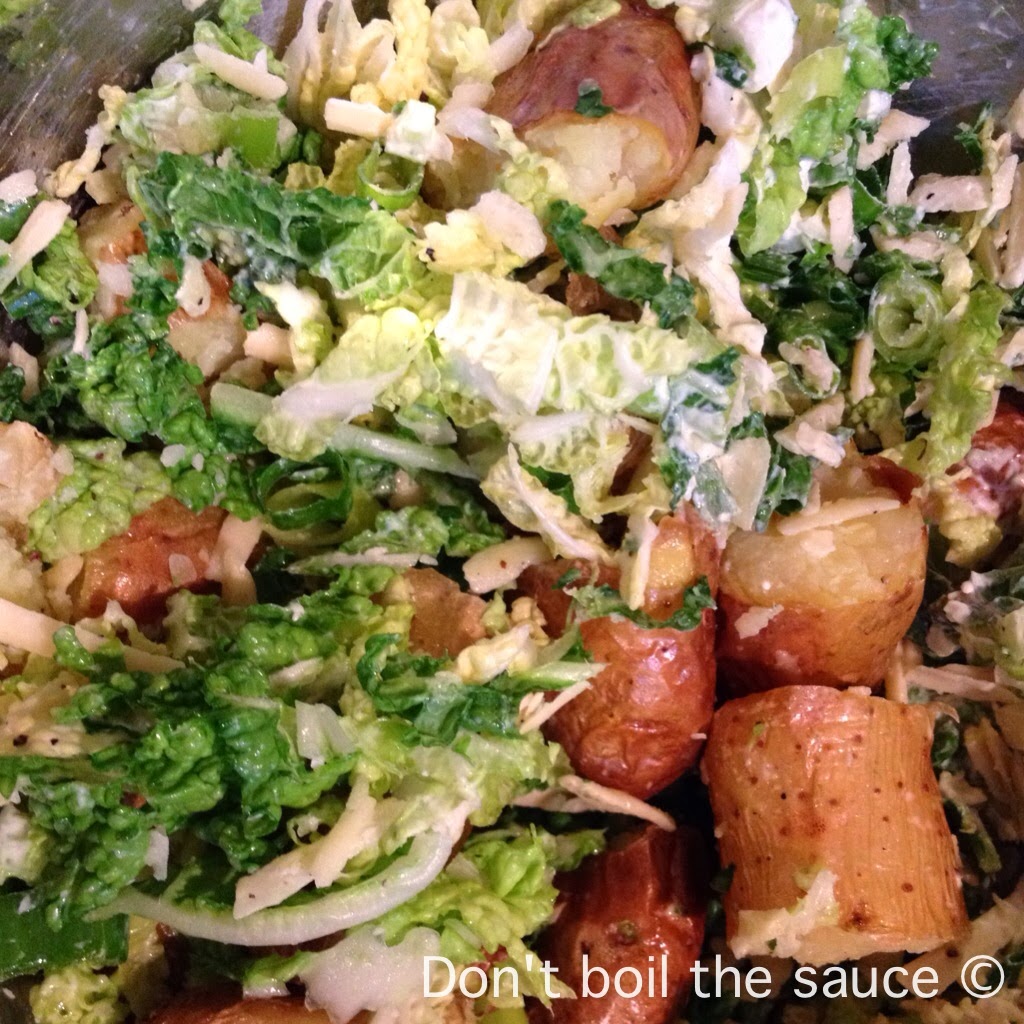 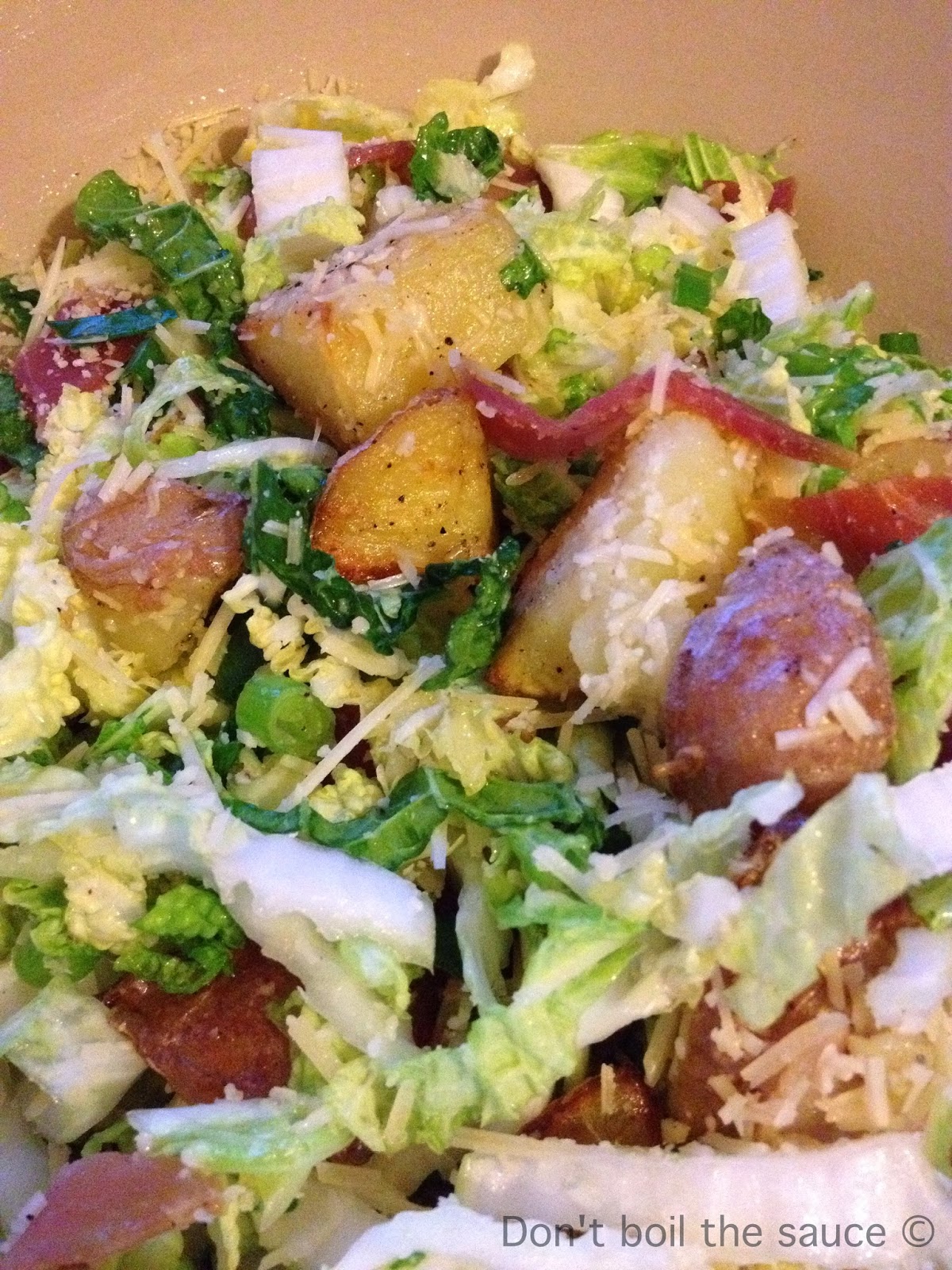 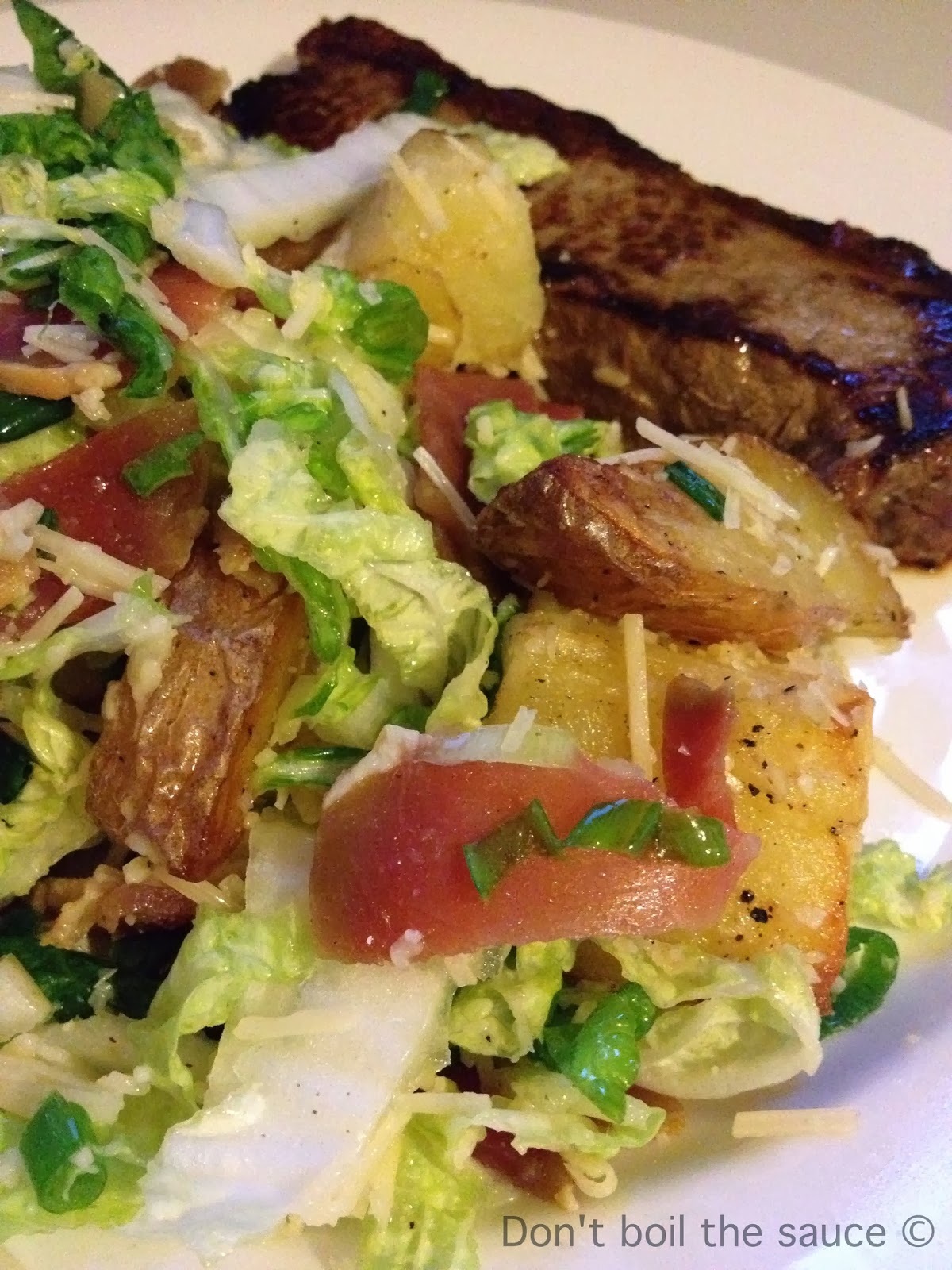