In my Kitchen this month it's about preparing for the future, sharing and a bit of luck.
In my kitchen...
....is the result of the annual tomato day.
A very small batch this year, just 20kg compared to the 100kg 2 years earlier.
I'm not a real "EYE-Talian" so it's just AB and I turning the press and putting the basil leaves in the bottle.
I would really love one year to do the huge full on tomato day with a crowd, the music playing and when we are all molto stanco (very tired) refuelling with an enormous bowl of pappardelle just glistening with the fresh tomato sugo, a touch of chilli and parmigiano. (not too much sugo though)
Mamma mia how many clichés could I get into one image..... 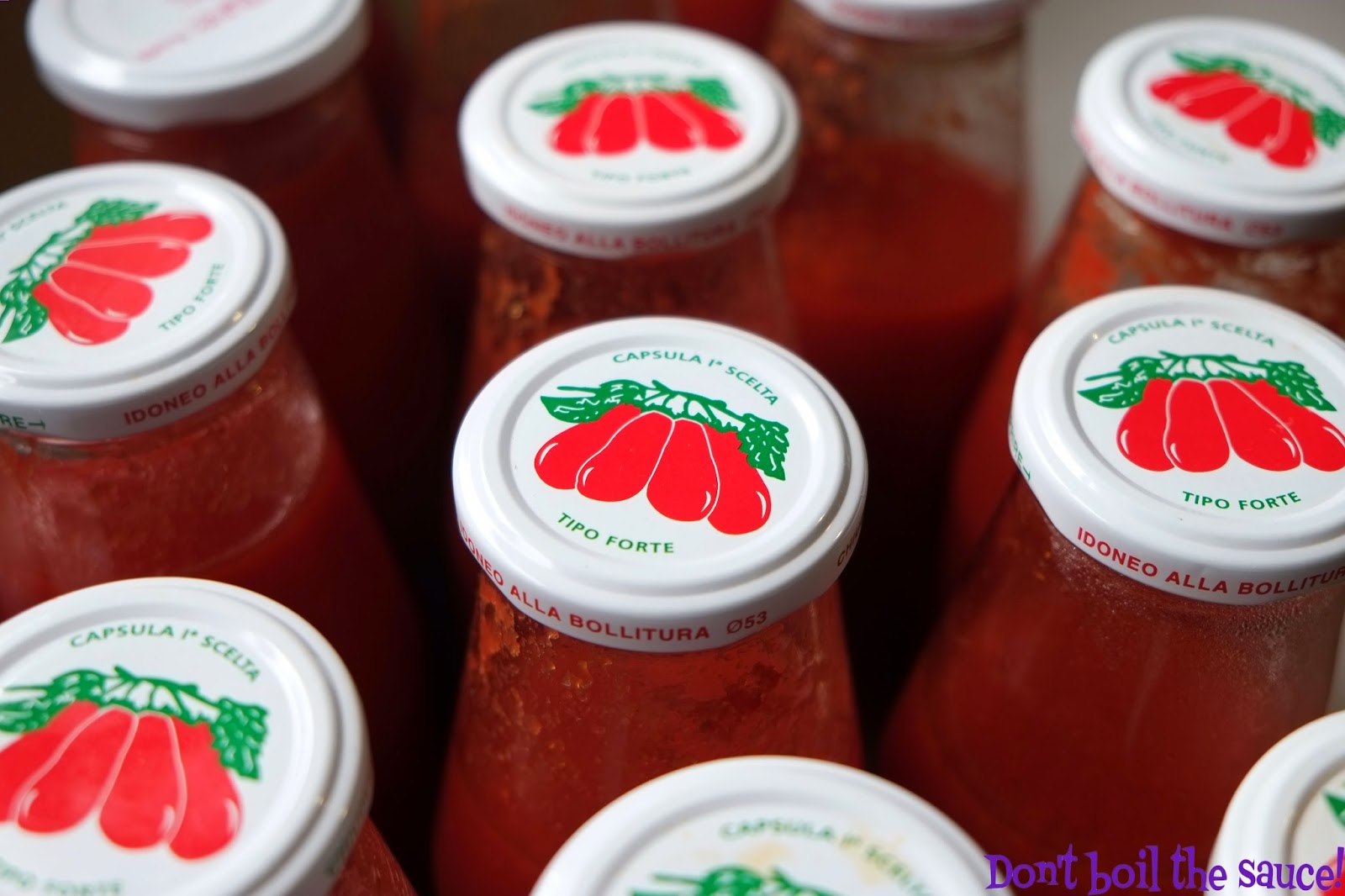 The sauce is really the only way I like tomatoes...yep I'm odd.
In my kitchen...
....is the joys of friendships.

I was lucky enough to be given some moorish preserves, you can probably tell from the jars being almost empty before the photo was taken.

The cucumber pickles were made by Carly who I interviewed as part of the video Eurovision and Inclusion. We had a great afternoon filming which ended with a dinner of slow cooked lamb neck and chickpeas, with condiments brought by the guests! (that's really how you do it)

Carly's fiancé Adam made a hot and flavoursome chilli sauce and her mum made the fig jam and chilli jam...only a tiny bit left. I love that though we have never met Jeanette and I have exchanged fruitcake, pickles, jam and actually I better think of something to make next....... 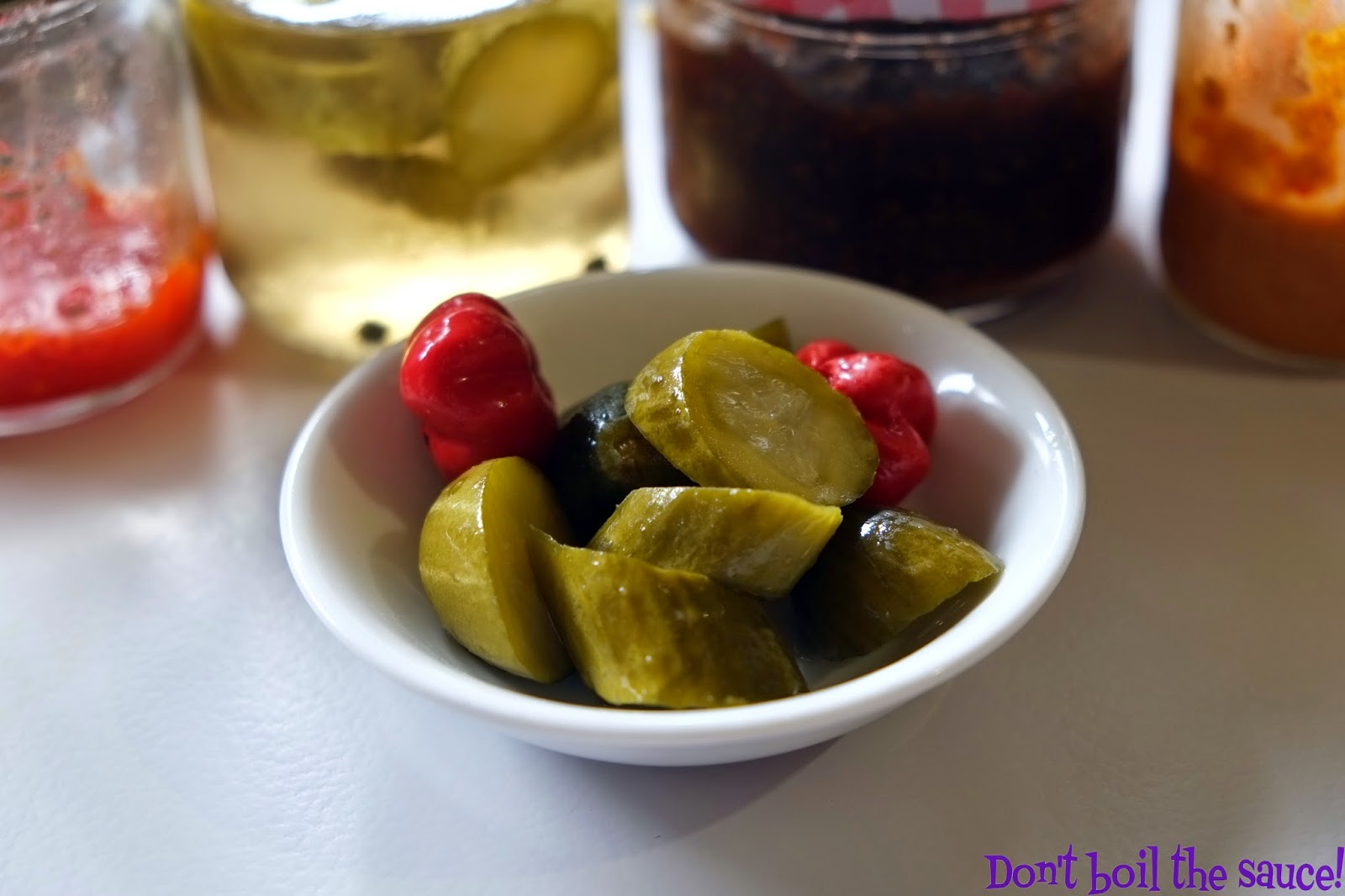 In my kitchen...
....is a loaf of bread I made as an extra/prop to go with an upcoming post about a mystery ingredient.
I just wanted a quick slice of crusty bread as the base and didn't want to wait the time for a sourdough loaf.
As I put it in the oven I did a "half arsed" slash and am so annoyed by the result as it looks better than any sour dough loaf I have managed!!!!!!
I will keep practicing... 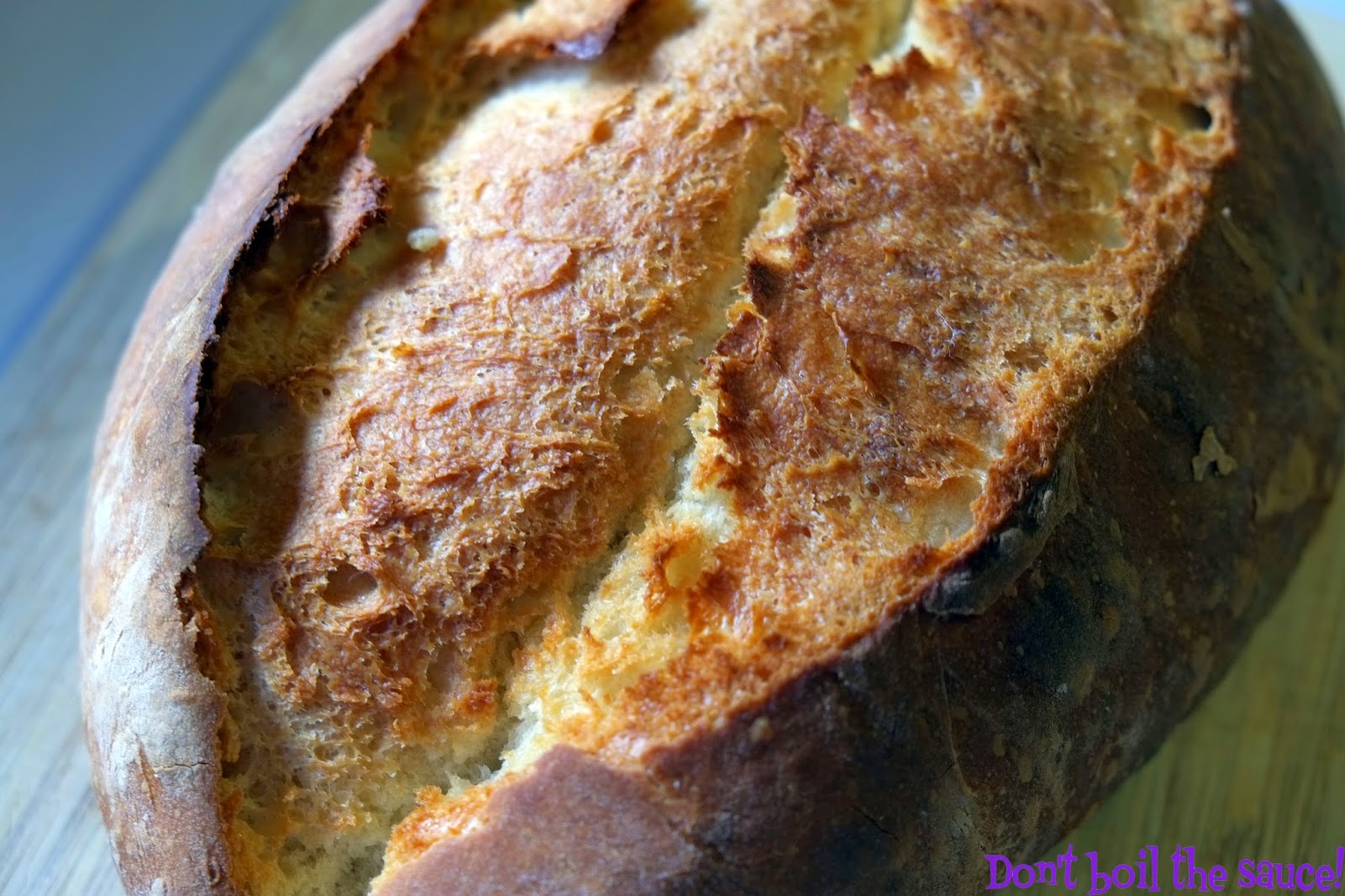 Who knew staying in school could lead to the reward of gin!

The Melbourne Gin Company gin is a match made in my kitchen for some Sinkonah tonic syrup, which has a much deeper flavour than premix tonic water. (hence the half empty bottle, yum)
On my to do list is try the syrup in an ice cream mix for a G&T icecream. 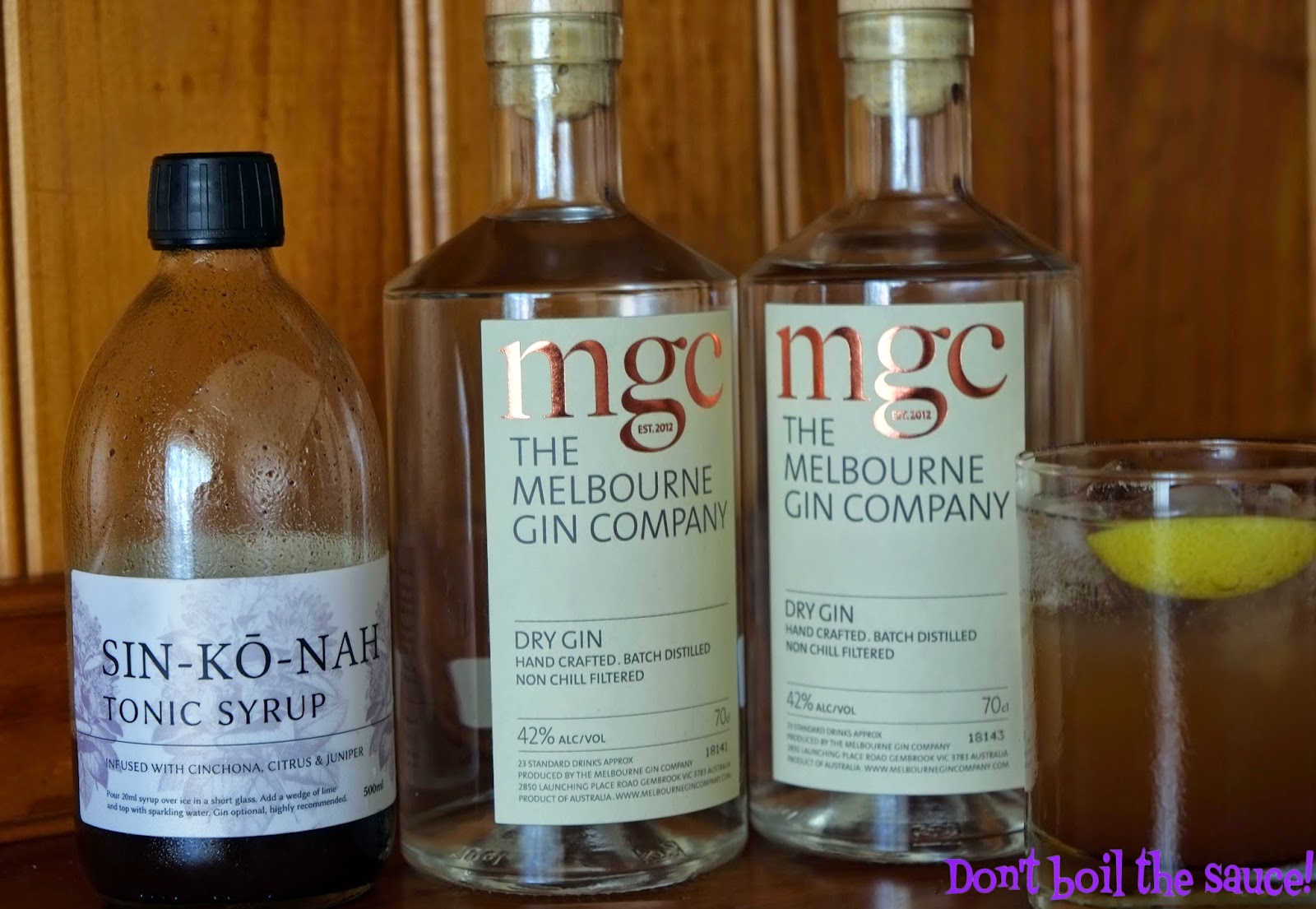 *not sponsored, I purchased or won the items with my team's cleverness

In My Kitchen....
....is a lantern inspired by Celia's Chinese New Year post, I'd had some envelopes left over from last year....so once I grabbed some more it set to following the instructions.

So easy even I managed it in about 10 minutes, the bonus is if you happen to hang it up side down just say you're from Hong Kong where they apparently hang the characters upside down to signify arrival.

I was told this on twitter by someone living in Hong Kong so I'm taking it as fact. 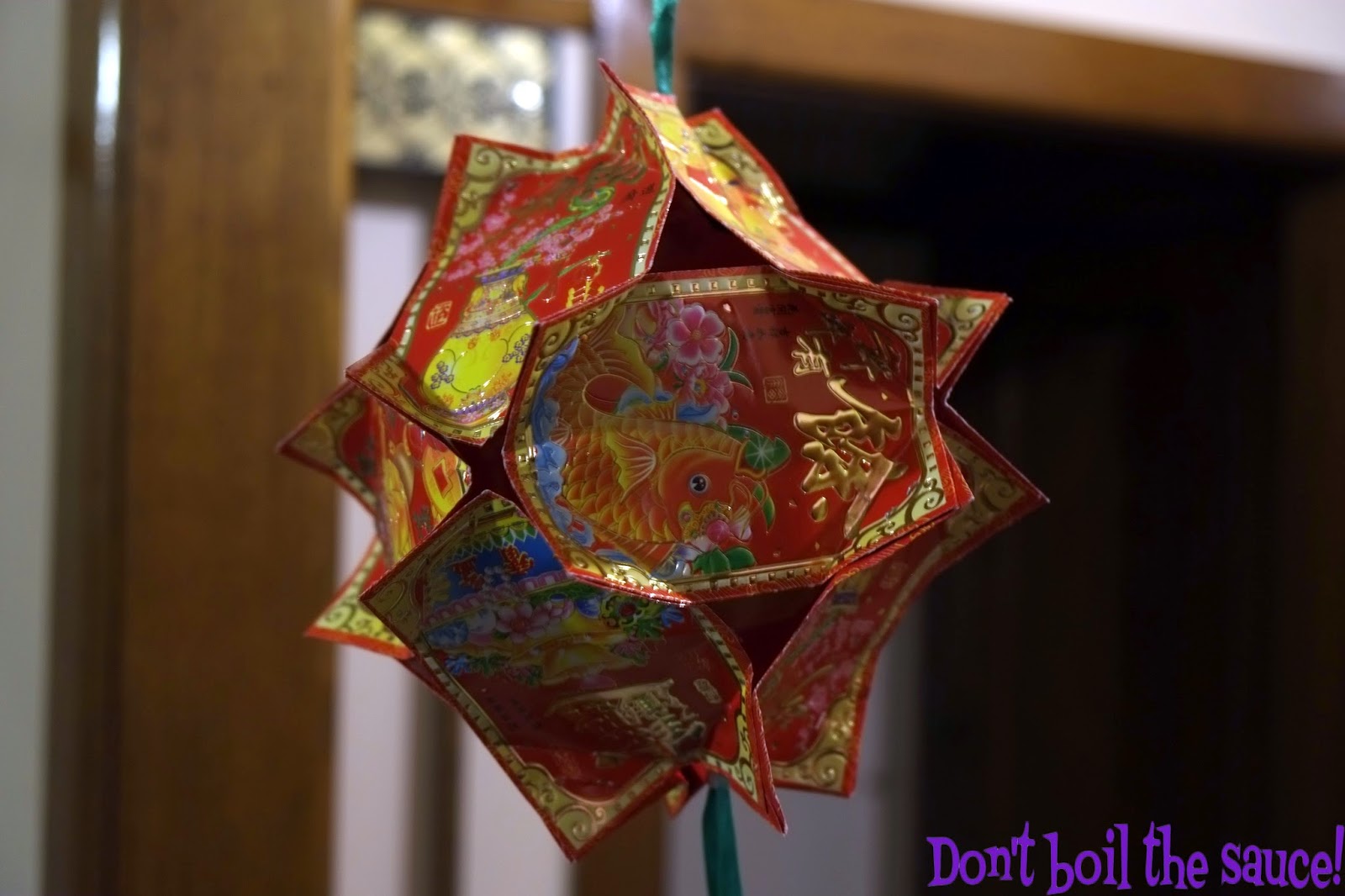 In my kitchen....
.....is the excitement of sharing the Chow Down to Eurovision with some wonderful bloggers.
Starting this week I will showcase 5 dishes that could represent Australia in the Chow Down to Eurovision 2015 as submitted by guest bloggers.
Stay tuned as you will have the chance to vote for your favourite dish and decide the winner!
What dish do you think should represent Australia? 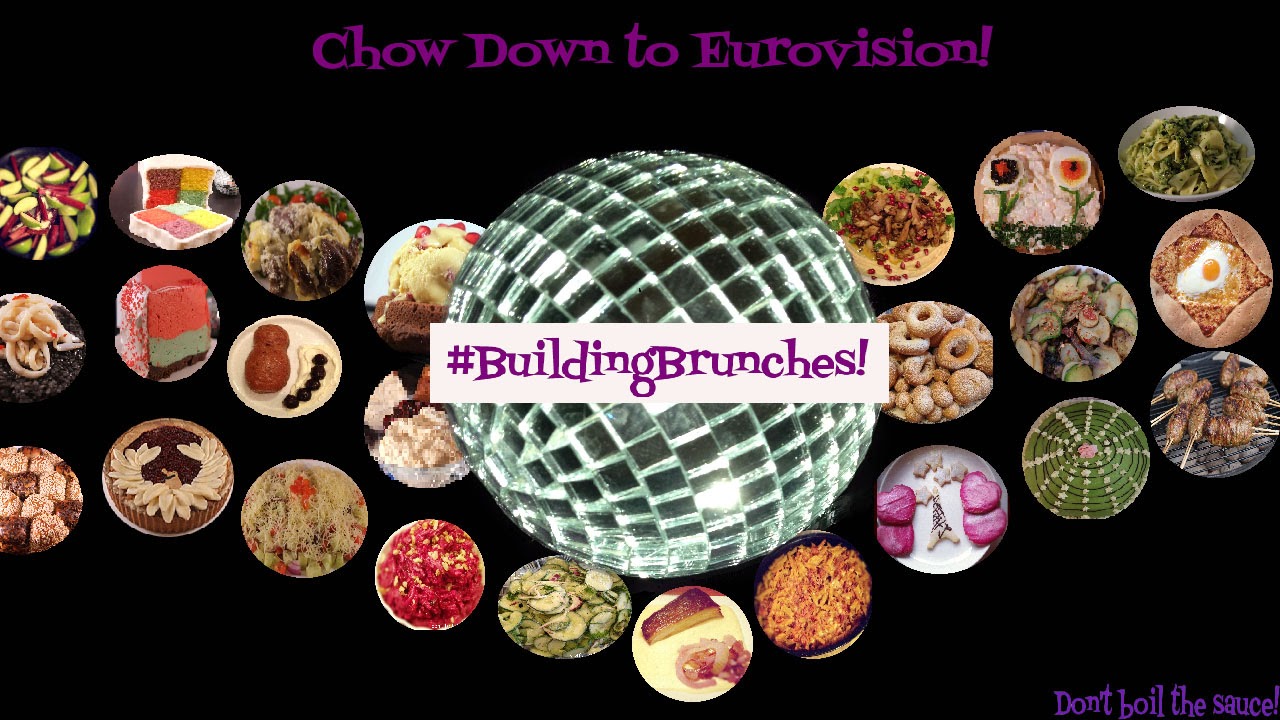 Thanks to Celia from Fig Jam and Lime Cordial for hosting the monthly In My Kitchen, check out the other kitchens and join the community.

What is in your kitchen this month?
Posted by Don't boil the sauce at 10:55 PM

Email ThisBlogThis!Share to TwitterShare to FacebookShare to Pinterest
Labels: In My Kitchen